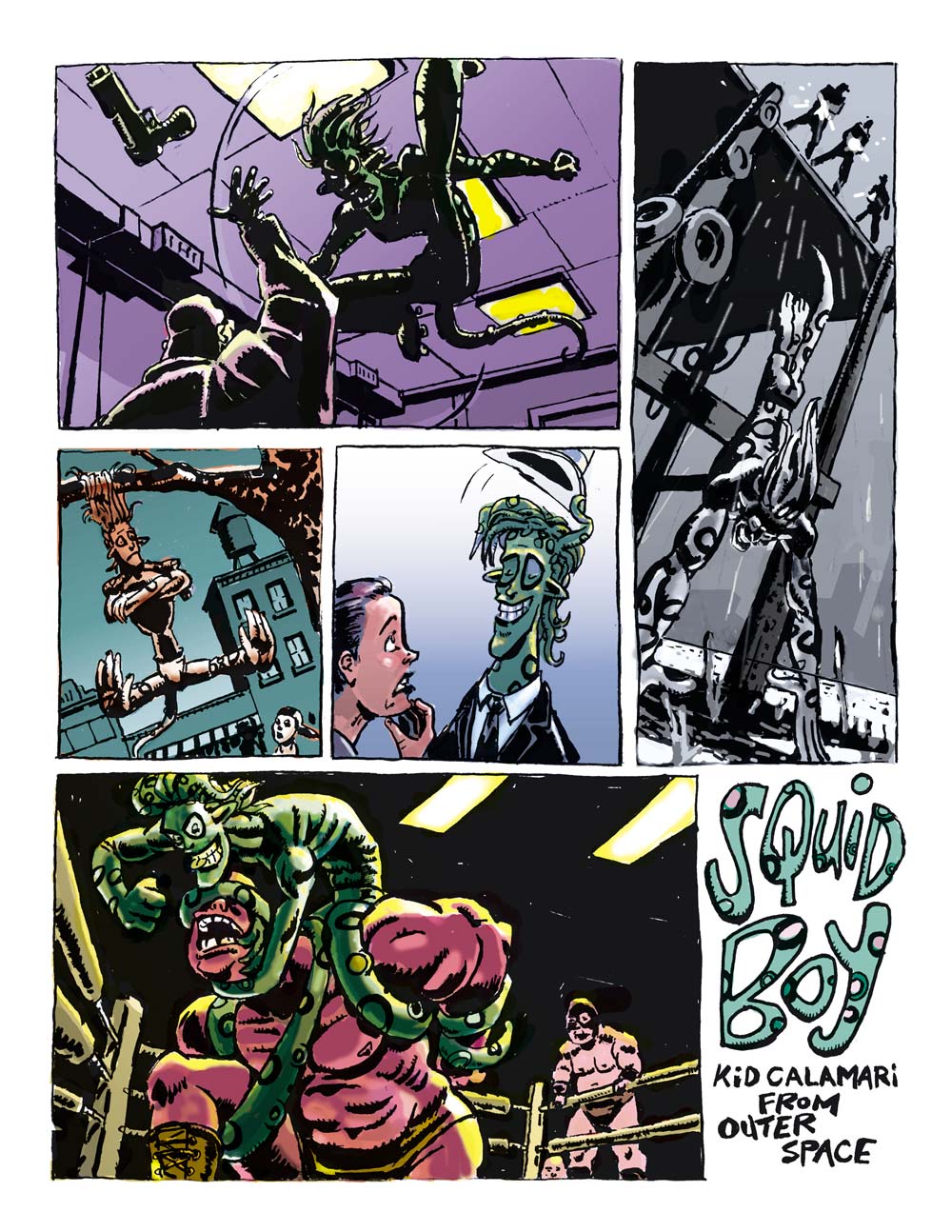 This guy here is called KID KALIMARI, a comics character that I never did much with. He is related to another one of my characters that I have actually followed through on publishing; SEPHILINA.  He lives in the city of SAN FIASCO, and ends up becoming a pal of ROCKET & the PROFESSOR. In the back of my mind, the Sephilina stories have a loose arc whereby she makes her way across outer space, having many adventures along the way, to hook up with this rubbery dude living in SAN FIASCO. I think he is her brother, or maybe he’s her boyfriend, or something else altogether (such things as gender or familial relationships aren’t meaningful to the SQUOID species, so translating such terms is tough).

Kid Kalimari, in the meantime, has his own quirky adventures on Earth in San Fiasco, focusing on the mundanities of life as an Alien immigrant, such as a job at a coffee shop, or as a lifeguard at the beach. He was the first SQUOID ever to leave the homeworld, and unlike Sephi, does not have an up-to-date translation device, and consequently does not speak English all that well, which sometimes gets him into trouble. Like her, he must often deal with the fact that humans cannot stomach the sight of an actual Squoid (The Ugliest Species In The Known Universe) but being a changeling, he spends most of the time in the humanoid form you see here, out of deference to queasy human tummies. 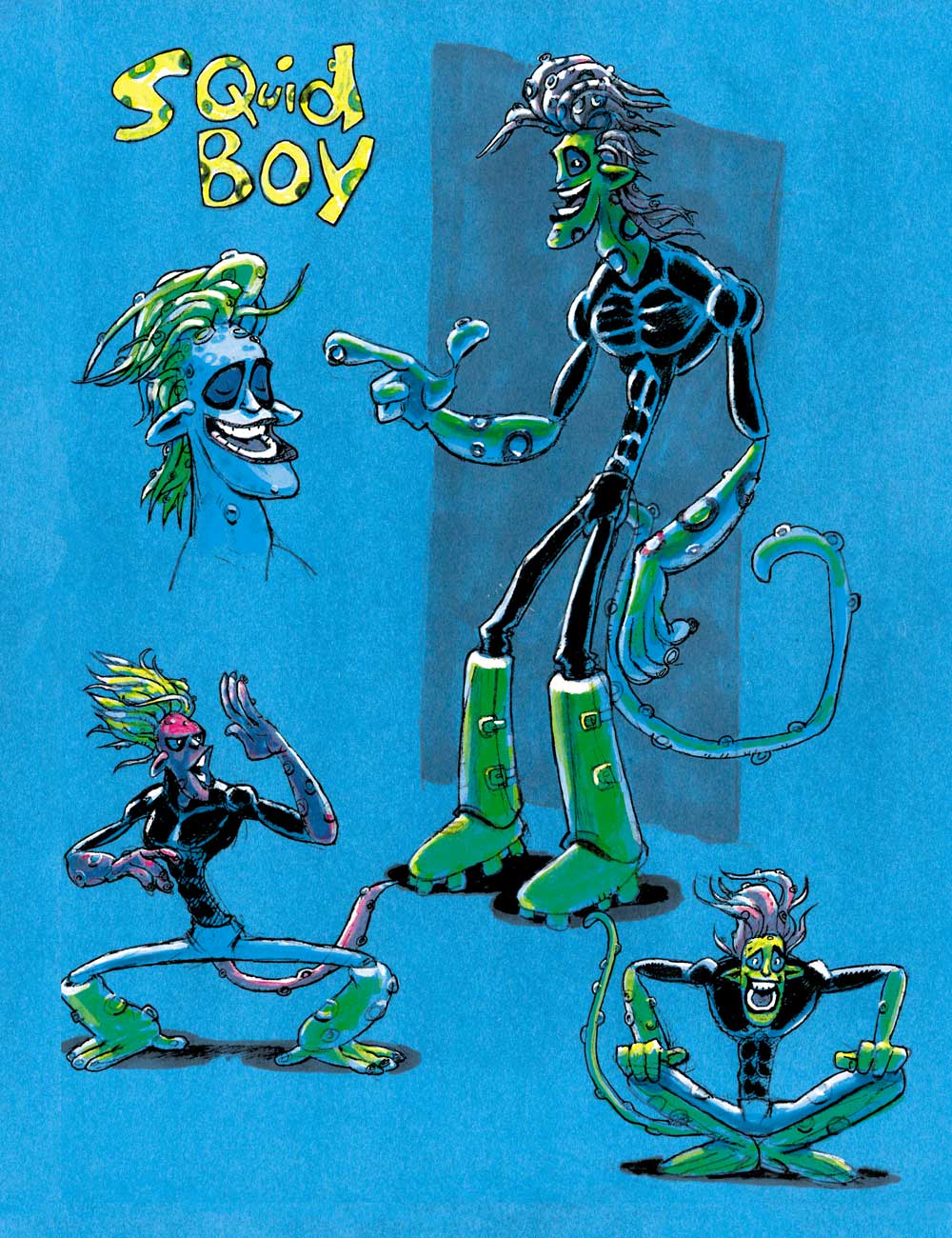 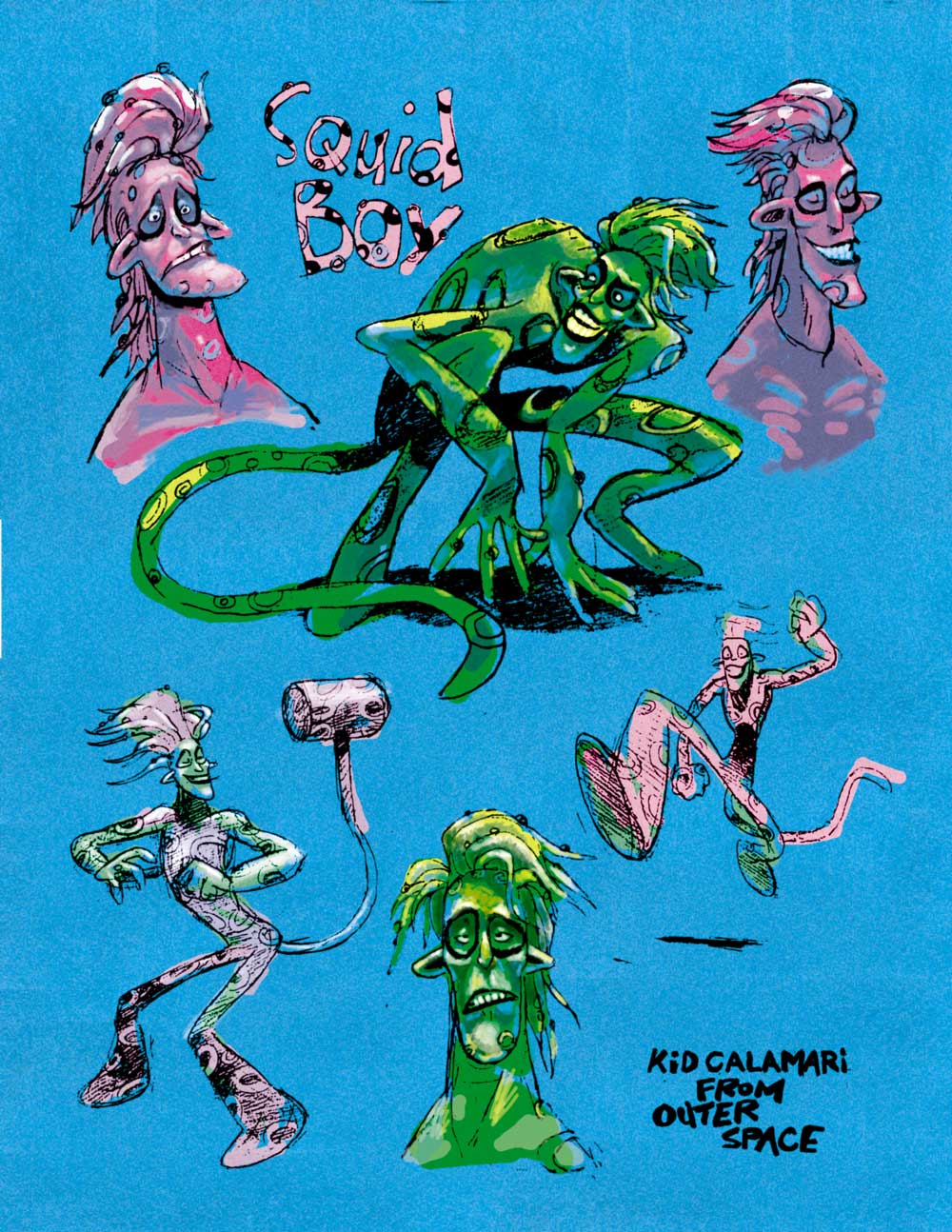 About the only art I ever did with the character were these here doodles. Lately, I’ve been thinking more about this stuff. Although I can’t draw as I once did, I’m at least writing and planning some books for that day when hopefully, I can drawn easily again. I have pages and pages of doodles, notes, and half-baked ideas to collate. Thinking about kooky characters and silly stories, whether they ever get made or not, is a lot of fun.