Last week I had a staycation here in San Francisco. My chance to take care of some errands and be lazy, but on the weekend I hung out with pals, and even got proactive and did a little sketching in Golden Gate Park. 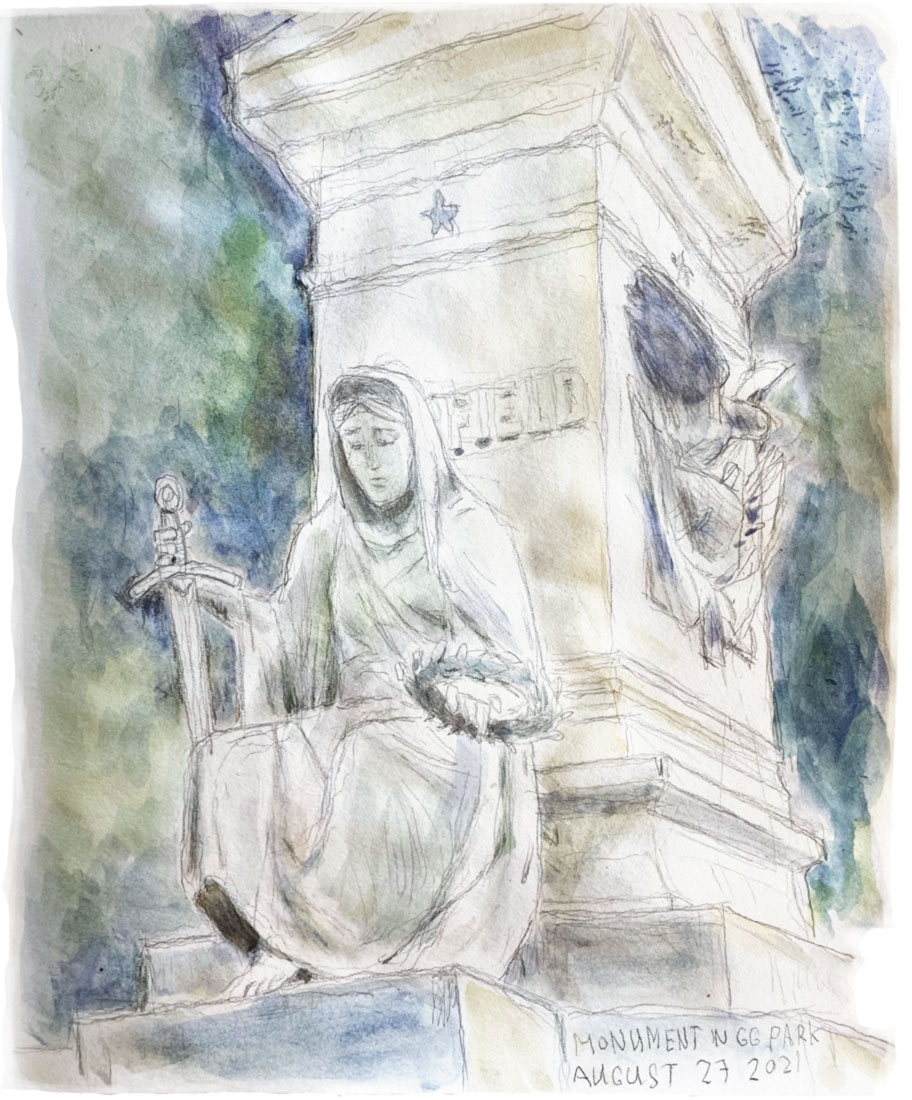 Friday, Julia & I set out early for the area around The Conservatory of Flowers, which is one of our fave spots in the park to sketch. There are so many fun things around there to draw. Julia was interested in painting the dahlias, and although we missed the peak of dahlia season, she nevertheless managed to get a few lovely color studies painted. I decided to draw one of the many sculptures in the area, and sat on the the grass to sketch a monument to President James A. Garfield (which I later found out was the first monument dedicated in Golden Gate Park).The man himself stands atop the pedestal, but I was more interested in the sculpture of Columbia that sits at the base, holding both a sword and a wreath, which I assume had something to do with his assassination (he was shot in 1881 and the monument was unveiled in 1885). After we both started to tire (it was actually very hot in the park that day!) Julia & I walked to a nearby restaurant that we’ve often noshed at before, after our park sketching sessions (and we were very happy to see it still operating at the high standard of deliciousness that it had before the pandemic).

The highlight of Saturday was a fun lunch on Treasure Island, an artificial island in the middle of San Francisco Bay built for the 1939 World’s Fair, and intended to become an airfield for ‘flying boats’, blimps, and airships, that instead became a military base and platform for the Bay Bridge. Although I’ve lived in San Francisco since 1991, I’ve never been to Treasure Island before, and the views of San Francisco from the restaurant where we ate at were spectacular. 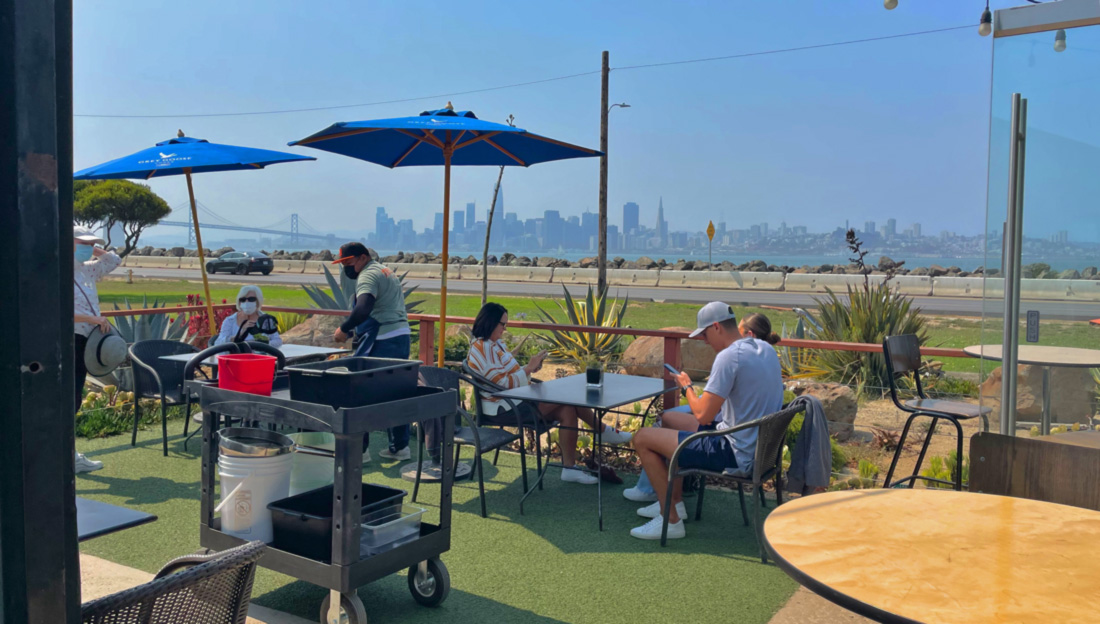 The excuse for this particular get together was a belated wrap-party lunch of the LUCA story team. Although I still see some of these folks frequently in ZOOM meetings, it has been over 18 months since I’ve met with most of these lovely colleagues in person, and a very enjoyable few hours was spent eating (and laughing) in their company. 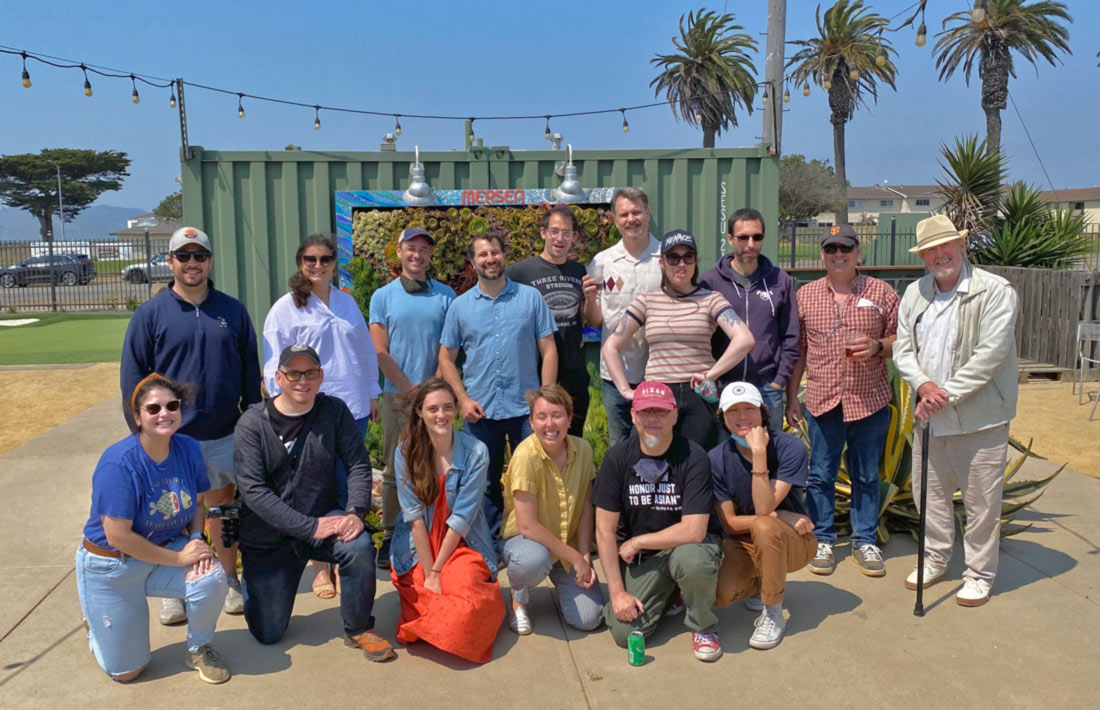