Last weekend was busy. I somehow managed to exhibit at both the HITOTSU charity auction for Japan and that annual benefit for charity-cases: WONDERCON.

I’d planned a SOLO, full-booth display extravaganza but, at the 11th hour, I recieved a distress call from old con-buddy RAFAEL NAVARRO, who was left high and dry without an exhibit space. So we decided to share. It was a very busy show and for a great sense of what it was like please look at the Fantastic Sketches of Wondercon folks by gesture-drawers extraordinaire,MATT JONES and TERRY SONG, not to mention the lovely COSPLAY VIDEO someone has put on Youtube. 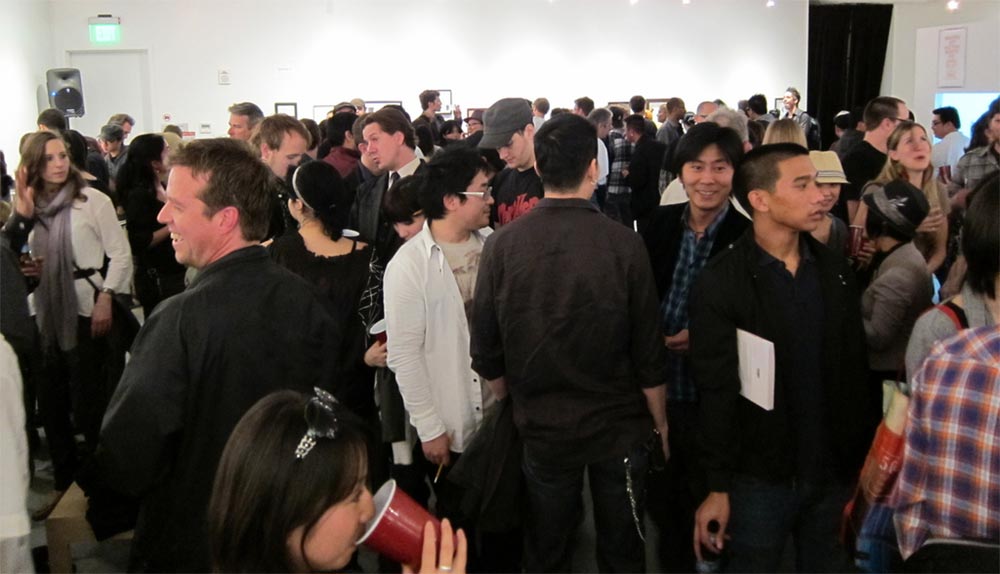 As if a busy comic convention isn’t enough stuff for one weekend, Saturday night saw the showdown of showdowns; yet another MAVERIX AUCTION! This one, named HITOTSU, was a fund-raiser for JAPAN and collected a staggering $30,605! Not bad, considering that the tiny gallery could only hold 50 pieces and that the entire thing was put together in a matter of weeks by some lovely folks at Maverix Studios, Pixar and Superfrog gallery.

Once again a piece by super artist PATRICK AWA went for the highest bid, this time at around $4600. Patrick is the undisputed heavy weight champion of our auctions! Thanks to all who made art, volunteered or brought their wallets and bought our pieces (a personal THANK YOU to whoever it was who bought mine!)