Here is my contribution to the first TR!CKSTER BOOK being published as a companion piece to the TR!CKSTER conference, happening CON-currently with COMIC CON in San Diego from July 19-24 this year: 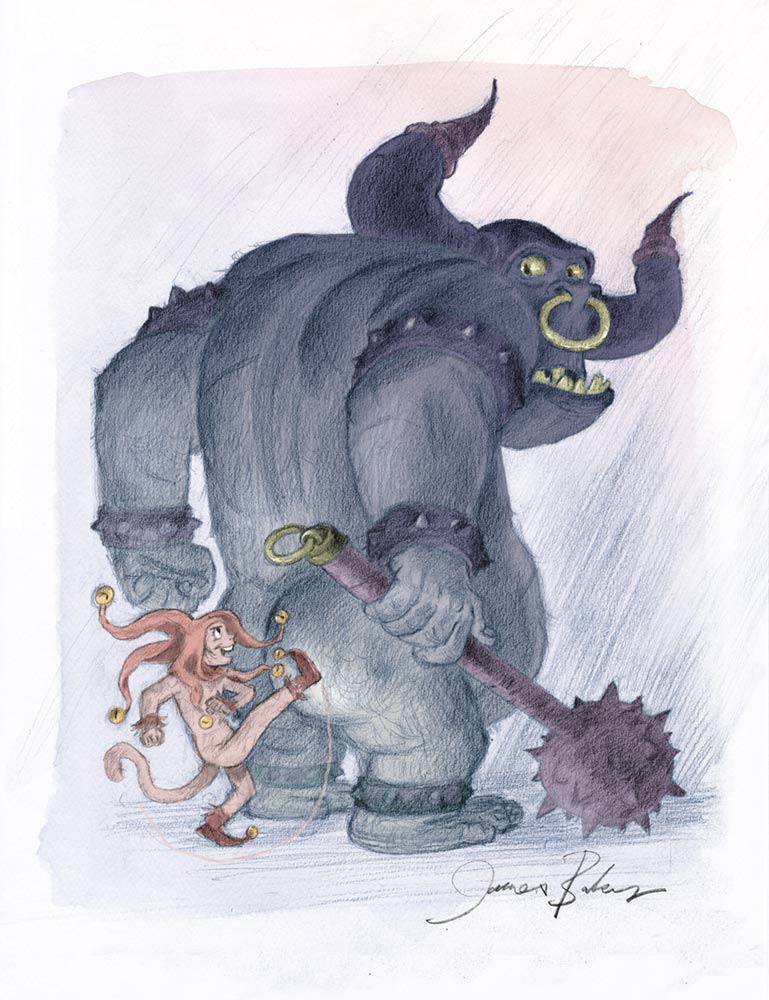 For a harrowing morning it appeared that my contribution was not to be included, as it been overlooked in the shuffle when the book was being assembled. Which would have been a heart-breaker as I was very much looking forward to being a part of this show and ESPECIALLY the hard cover book, which promises to be a beauty, with contributions from the likes of Mike Mignola and other heavy punching artists (full list is HERE). Thankfully, that error was caught before the book went to print so my current understanding is that my drawing will be in the collection.

It is a little hard to visualise what TR!CKSTER will feel like, because it is the very first show, but my hope is that it will be a combination of the best aspects of CTN EXPO (which, for me, was the panels) an indie small press show like APE, an art gallery and a wine bar; places where the focus is maybe smaller and more personal but centred on the ARTISTS, WRITERS and CREATORS, who actually MAKE the stuff rather than company PR, celebrity appearances and media hoopla.

As you might expect from such a break-away event, there will be many indie powerhouses participating; the likes of Scott Morse, Ted Mathot (the founders) Scott C. and Dave Crossland, but many from the royal court of mainstream comics, such as Dave Gibbons, Paul Pope, Bill Sienkiewicz, Mike Allred, and Bernie Wrightson will be involved in TR!CKSTER as well (full list is HERE).

I have been looking forward to this show ever since the very first discussions began about it a few years ago (back then jokingly referred to as CREATOR CON) when artists noticed that the trend in the bigger comic book conventions has recently been moving away from the material and the people who make it.

All in all there will be something for everyone during the CON season in San Diego this year. For more information about the TALKS, BOOK, EVENTS and participating ARTISTS and MORE go to the TR!CKSTER official WEBSITE, TWITTER FEED and FACEBOOK PAGE.

I hope to see you at the show!