Here’s some very early RATATOUILLE visdev I did for Jan Pinkava, way back in 2000. 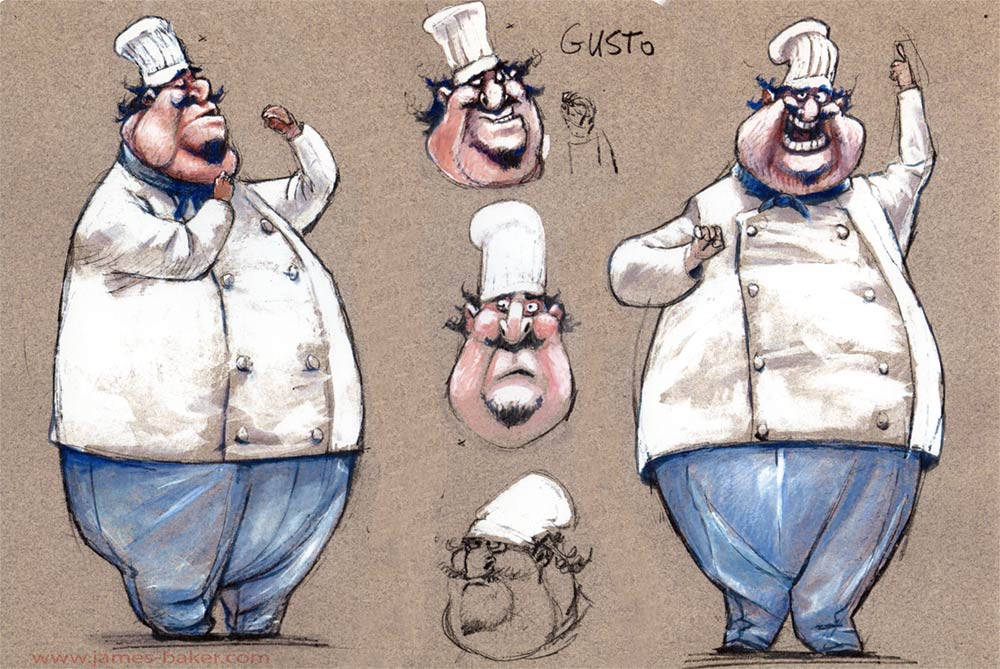 As far as I know, I was the first artist to have drawn anything at all on this project, and these images were done as part of the very first pitch, where Jan pitched (I think) 3 of his original ideas, from which the studio selected RATATOUILLE. Once it got the go ahead, the mighty Carter Goodrich was brought on board to design the movie, and the rest is history.

A few years after I did this artwork, when Ratatouille was a greenlit production, Pixar called me in to work on it again, as a story-artist (under Jim Capobianco). RATATOUILLE was the first film I ever storyboarded on that used digital boards, although in those very early days it was a hybrid where we’d draw the art analog, scan it in and then assemble it all in a combo of Photoshop and Pixars proprietary PITCH DOCTER.

Until UP came out a few years later, it was my favourite film that I’d ever worked on.