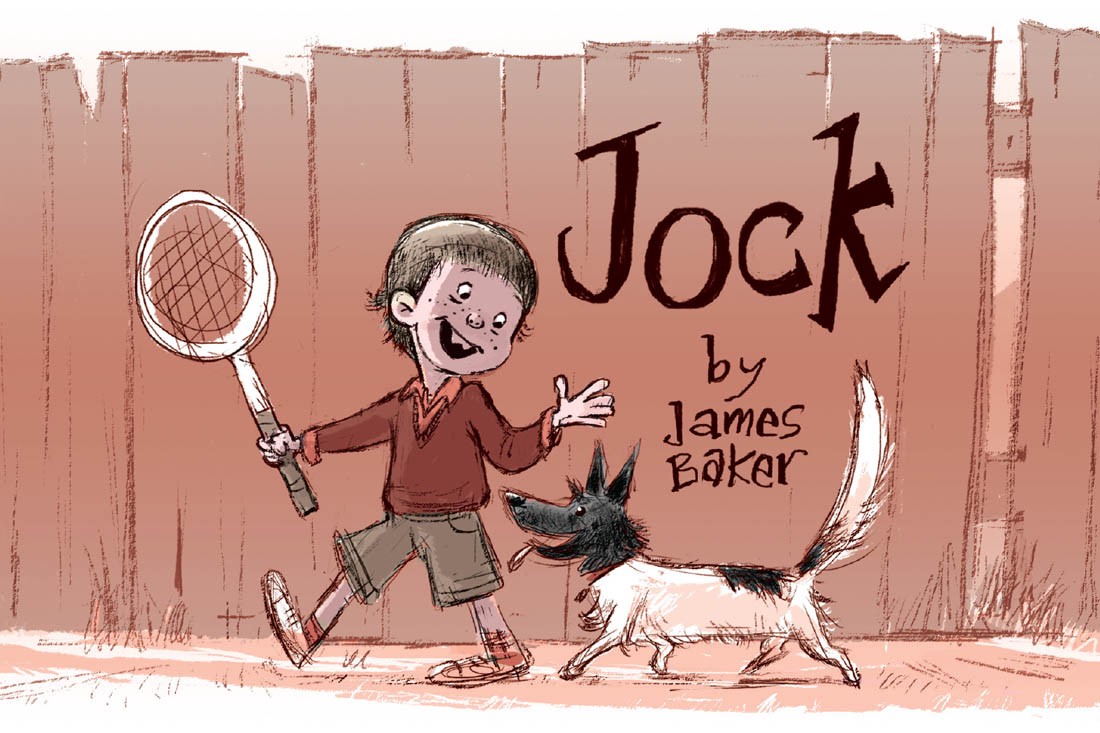 The year that I was six but turning seven years old, my family moved to a new town. I know very well that childhood memories are exaggerated, focusing as they do mainly on extreme situations most likely to leave an impression on us. Our powerful kiddie emotions, mixed with some facts, creates a cocktail that tastes of historical reality, but may be partly hallucinogenic…

With that caveat firmly in place, let me tell you how I remember the transition from my life in one community to the other. In the first, I am a debonair six year old fellow, a tiny man about town, surrounded by a multitude of friends who find me ever so witty, and capable. I am considered to be a great asset to any Primary-school birthday party and I even have a little girlfriend. My family then leaves this paradise, drives across 3 states and when I arrive at the new town I am transformed into a hopeless nong who can’t do anything right. It was as if we had packed everything in the car but had forgotten to pack my popularity, which was left behind (I wonder if someone else found it, laying abandoned, and used it, perhaps?) I developed asthma and skin conditions and other outward manifestations of my inner turmoil. Worst of all, I was stricken by one of the worst cases of clinical Cry-Babyism ever seen by medical professionals in the New England Tablelands region of Australia. (I believe that my case is still cited in some medical texts even today).

The first breakthrough in my adjusting to this new hometown came along in the form of a jaunty little dog named JOCK. My parents rescued him from death-row at the local dog-pound and in exchange for this reprieve he agreed to do what he could to rescue me from my self-pity. Jock was a black and white mongrel, a mix of some terrier and perhaps some sheep-dog. With the wisdom of hindsight he probably wasn’t much to look at… but I was oblivious to that at the time because I loved him so. He was built low to the ground, with legs too short for his body and a body that was too short for his tail, which was curved up and held at a rakish angle; a furry little pirate brandishing his scimitar. Even though Jock was small, he could keep up with me wherever we had to go. If I climbed over fences, he would too, or else find a way under them. Unlike many small dogs, he wasn’t afraid to jump in a swimming hole or go in the surf. He had the run of the neighbourhood and I don’t remember him ever being on a leash, he was out on his own recognizance most of the time. When not with me, Jock ran with his own little pack of neighbourhood mutts. There were about 6 of them and they were all small to mid-sized dogs but none of them were “cute”. The overall effect that they made as they trotted about the place was that of a gang of teenage punks. There was something slightly roguish about them. They were up to no good.

Jock ostensibly slept outside in a space under the water-tank stand, but at night he would sneak into my bedroom through the window I had left open for him and actually sleep on my bed. He usually had the sense to make himself scarce in the mornings so as not to be caught there by my parents, who were of the “pets don’t sleep in the house” variety. He was a really fantastic dog for a little seven-year-old boy to have. On our way home from an errand to the corner shop, Jock and I encountered a big, nasty looking dog that we had never seen around the neighbourhood before. He was the kind of dog that makes you nervous from the get go, and I could tell that Jock didn’t like the cut of this bugger’s clothes any more than I did.

They immediately began that circling, probing dance that dogs do when they first meet each other; backs tight and noses buried in each other’s resumes. I have always wondered what it is that they are looking for back there? What constitutes the difference between those times when you jam your nose in a stranger’s backside and become his best friend, versus those times when you both partake in this mutual examination, only to decide that you are deadly enemies?

Well, this particular tension-tango ended up being one of the “Let’s be enemies!” times. These blokes each saw something in the other’s philosophy that they simply could not abide…. and boy, IT WAS ON! Where one second earlier there were two separate dogs, there was now only a writhing, biting, snarling tangle. A boiling dust cloud out from which flailed more paws, teeth and tails than seemed possible, like a fight in an animated cartoon. Except that this particular cartoon fight wasn’t making me laugh. These two dogs were really going at it, and I am sad to say that dear Jock wasn’t getting the best of the exchange of violence. He was battling every bit as fiercely as the bigger bloke, but was no match for his size.

The sound of a full blown, mutual-hate, no holds barred dog-fight is terrifying to begin with, but more so when one of the dogs is your best mate and worse still when he is the smaller of the two and getting a punishing. Terrified that Jock would be killed, I was screaming and bawling and beside myself within seconds of this savagery getting under way. I dropped Mum’s shopping, picked up a stick and tried to get in there and hit the big bloke a couple of whacks, but this brawl was thrashing all over the place like a savage whirligig of fangs, fur and saliva. Suddenly, Jock broke free of the melee and shot off like a rocket down the block, with the nasty big stranger in deadly pursuit. I took off after them as fast as my little-boy legs could go, but the dogs moved so fast that they had both disappeared around a corner before I had barely gone a few feet. That run to the corner seemed to take forever; I simply could NOT get there fast enough. I was in a panic that the big bloke with his longer legs would catch up to Jock in no time. Sure enough, the most heart-wrenching howls came from the direction I last saw them go. I had felt physically inadequate many a time before, at school sporting events, but never wished harder for the power to run faster, than on this occasion. With hot tears streaming down my face I ran toward what was now a blood-curdling noise, an absolute cacophony of canine screams, yelps and whines.

The pitch of the terrifying sound that I was following then changed, it became more urgent, and louder. I suddenly realised that it was coming back in my direction rather than receding, as it had been before. When I was almost at the intersection that I had been aiming for, the nasty big stranger came bolting around corner heading straight at me, and then right past me, howling and yowling, because hot on his heels were JOCK AND ALL HIS CREW!

Hah, Hah! I couldn’t believe it!

Take that, you nasty bastard! Oh yes, it was pure triumph, I tell you. The best thing I ever saw in my short life up to that time… and even amongst all the amazing things I have seen in the many years since, not much has topped it. Have you ever gone from feeling the absolute worst you ever felt, to the best feeling of your whole life in the space of a few seconds? From the depths of despair to absolute elation; that was the dramatic surge of joyous emotion that lifted me up and carried me along, as I saw that evil big bugger chased into the distance by a vengeful mob of little dogs, led by my mate Jock!

As was the case before, the chase was very quickly beyond my line of sight, so all I had to go by was the howling, yowling sound-effects in the distance, but my knowledge that THIS time it was the baddie who was copping a drubbing made those once-horrible shrieks and howls now sound like sweet music to my ears. I hurried along after the sound as best I could and tried to imagine what may have been going on up there… It was the soundtrack to a swashbuckling pirate movie, starring an all dog cast. I was a little disappointed to be missing out on the climactic battle scene of this epic, but any anxiety for the safety of my little, furry, black-and-white mate was now completely gone. I went back and found Mum’s shopping that I had earlier abandoned and sat on the curb and waited for Jock to come back. I thought on what a wiley old campaigner Jock was, to have led that gullible big buffoon into the trap he had so carefully laid for him.

Hah, hah! Who did that dumb punk think he was messing with? Didn’t he know whose stomping grounds he had trespassed upon? Well, he was getting some hard schooling on what-was-what at the moment, by God, so he was!

After a time, the hero of the day reappeared and accepted all my heartiest congratulations on his magnificent performance. To my great surprise, I saw that he hadn’t been seriously wounded in the initial set-to with the bigger bloke. I considered the possibility that Jock had only been play-acting at losing the earlier brawl in order to trick that nasty bugger into running into an even worse walloping from his whole crew. Could it be? Ho, ho!

As we went home together, I decided that old Jock had just wanted to share amongst his friends the opportunity of thumping this interloper… I had always suspected that when Jock wasn’t playing the role of “pet” at our house, he was secretly a tough guy in the canine community, and now I was absolutely sure of it.

I remember very well trying to convey to the rest of the family over dinner that night, that in the time it took for Jock and me to go buy some milk and bread at the corner shop, Jock was the triumphant hero in an absolutely epic battle that ran the entire gamut of emotions, both human and canine. But even at the time, I was aware that I hadn’t done Jock’s story full justice when I told it on that particular night.

I hope I did a better job of it this time.