Although I’ve worked in animation since 1982 and loved the medium my whole life, there was only one time that I made an animated project on my own (apart from flip-books). At the age of 15/16, my obsessions were WARNER Bros CARTOONS, STAR WARS and MAD Magazine, influences clearly seen in the crudely made parody finished over a year later. In 2014 I found the spool of super-8 film containing all 6.5 minutes of ‘SPACE FLiK‘, and transferred it to digital media. Watching it again for the first time in over 30 years brought back so many memories… 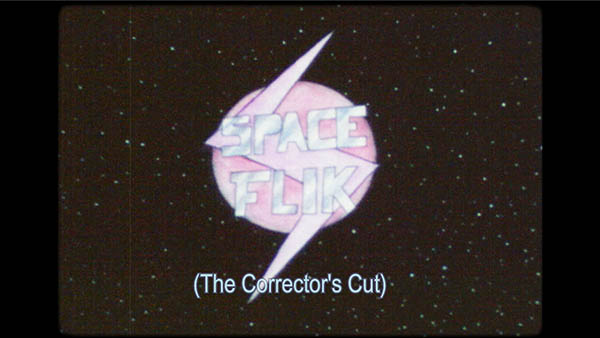 Initially, I’d intended to fully animate the whole thing, but quickly realised that would not be possible. Apart from the time that it would take, I couldn’t find (nor afford) animation cels. I made a few myself (out of shirt box lids and the like) but only enough for one scene. Even animating on paper presented its own problems (the pencil-mileage of redrawing backgrounds, or not having any backgrounds at all). After fiddling around, a hybrid technique developed; some scenes animated and shot on paper, some scenes done with cut-out animation (inspired by Terry Gilliam‘s book on the subject) and some animated scenes on paper, with individual poses cut out and temporarily glued to my few reuseable cells (or manipulated under camera on a homemade multiplane). It was not the ‘Illusion of Life‘, by any means, and barely even the illusion of the Illusion Of Life. It was NAFFimation™.

The drawing was fiddly but was something I loved to do, whereas the filming took me into unchartered waters of complexity and frustration. The only camera I’d ever owned was an Instamatic, and I knew nothing at all about exposure & focus, and had to learn by trial and error (heavy emphasis on the error) with a borrowed super-8 camera. In those pre-digital days, we were never sure what we’d shot on film till it came back from the processing lab, when I’d discover badly exposed sequences, weeks after shooting them. My town had no lab for super-8, so the film had to be sent away to be processed, and this iterative cycle of – shoot, wait, watch, scream, reshoot, wait, watch, scream, etc – took a lot of time. Time which ran out long before I was done. The borrowed camera had to be given back to the institution that owned it, and I had to simply remove failed scenes from the final print and submit it to my HSC art course. 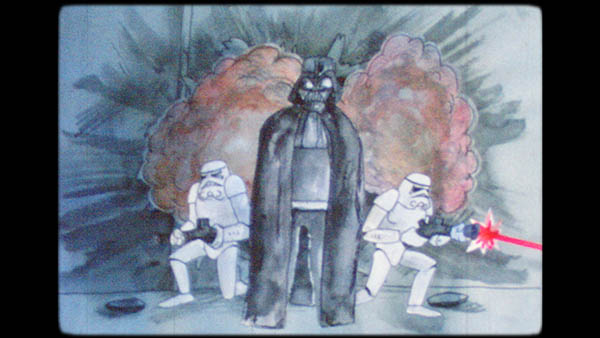 Finally, after more than a year of drawing, and a few months of tinkering with borrowed camera and editing equipment, the premiere screening of all 6.5 minutes of ‘SPACE FLiK‘ was in the ‘good room‘ of the Baker family home in 1981 (on a borrowed super-8 projector) for an enthusiastic group of family and friends. The second screening was for examiners of my HSC. Hilariously, the third screening was at the Sydney Opera House in early 1982, at the National Youth Film Festival, where none other than Peter Weir was keynote speaker. My high school art teacher Ross Cochrane had heard about about this contest, and suggested I enter my film. I did, and it was accepted. By the time of the event, I already knew that I’d not won anything but was thrilled to attend and see all entries, including my own, screened in that famous building. I was very impressed with the quality of the other films shown, and some of the award winning young filmmakers went on to become prominent within the Australian film industry. 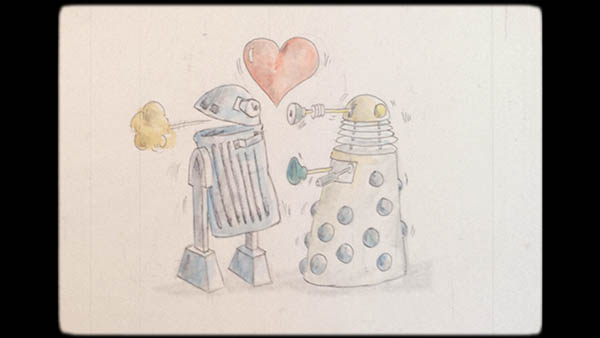 We contestants all received detailed critiques of our films written by the festival judges, who were film critics, film makers, or film lecturers at various universities. In my memory, the feedback was savage and I regret to say that I threw it away, but the truth is that all these critiques were absolutely right and I’d enjoy reading them now. At 17, I’d already understood the technical mistakes I’d made (bad timing, shoddy focus & exposure, etc) but the tragedy of expending a Herculean effort on a flimsy parody, rather than something original of my own, was only starting to dawn on me. Sadly, I became ashamed of this silly film. Although I’d intended to show SPACE FLiK to the animation studio in Sydney (Hanna-Barbera) where I’d hoped to work (and eventually did) my film was never screened again after the Opera House Ego-Massacre (besides, pro studios didn’t have super-8 projectors, and I didn’t either, so it wasn’t easy to show even if I’d wanted to). 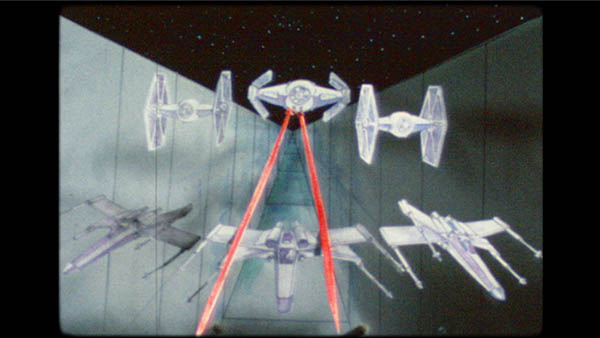 However, all these many years later, it was wonderful to see this fun reminder of the eager young dork I was back then; a wide-eyed fan in a pre-internet small town with no resources and even less of a clue, but with enough raw enthusiasm to make a film anyway. When I discovered that the box containing the film spool also included all the original 1981 artwork, I began a fun project to restore mis-shot & deleted scenes, and add the simple soundtrack that I’d planned long ago, but didn’t then have the resources to do. A 53 year old professional learning Premiere-Pro simply to fiddle with his own teenage amateur work is self indulgent perhaps, but as the original project was a Star Wars parody, a Lucas-style revised “Special Edition” should also be fair game for the lampoon;

Ladies and gentlemen, I’ve been waiting 35 years, till the ‘technology was available‘ to complete my ‘original vision’. Without any further ado, please enjoy ‘SPACE FLiK: The Corrector’s cut‘.