Thanks to my generous, good friend Bosco, I now own the new ART OF RALPH McQUARRIE book, which collects a lifetime of fabulous artwork by the famous concept-designer and illustrator. If you have an interest in Concept design in general, or Star Wars in particular, this book is for you. Though you’ll have to wait for reprints as this print run is sold out. 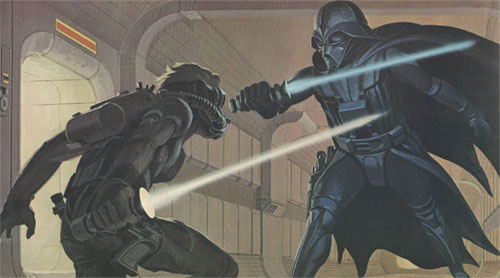 When I was 13 years old, I saw Star Wars at my local movie theatre and, like most kids that year, I was agog at what I saw up on that movie-screen. I remember walking out of the theatre into a warm summer night and expressing, to my good childhood friend Stephen, what a bummer it was that real life was never going to be as cool as that movie… 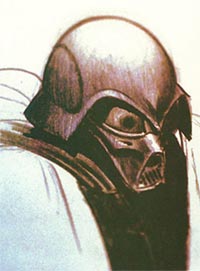 To make up for this sad fact, I sought out information about Star Wars, which wasn’t hard to find due to the worldwide media blitz that even reached as far as the tiny town I lived in. I read a lot of articles about the film, including some on how it was actually made. In doing so, I first became acquainted with the artwork of designer Ralph McQuarrie. His drawings and paintings really fired my imagination. A year or two after the movie had come out I ordered my copy of the original “Art of Star Wars” book, which eventually fell apart from constant reading. In many cases, I liked Ralph McQuarrie’s early concepts better than what ended up in the film, which is saying something because I liked what ended up in the film a whole lot. By that point, in my mid-teens, I had already decided that I wanted a career in animation but for a time I considered being a movie concept-designer instead. Wrestling with this big career decision was a somewhat abstract problem because I didn’t seriously believe that I’d ever have a chance to do either job anyway, living in Australia. All the big budget space movies and cartoons were done in the USA as far as I knew.

But that fact didn’t stop me from day-dreaming and drawing… So began a period where I drew spaceships and robots in addition to the cartoons and goofy pictures I had already been drawing for years. It was during this phase, when I was about 14, that I wrote the only fan letter I have ever written in my life, which I sent to Ralph McQuarrie (care of the publisher of the ART OF STAR WARS book, I think). I wrote about how much I was inspired by his artwork and also told him of my desire to get into animation or movie design someday. To my great surprise and delight he wrote me back a very encouraging letter. I certainly wasn’t expecting a response, but perhaps getting a letter all the way from Australia was a novelty for him. Whatever the reason for his taking the trouble to reply, that letter meant a great deal to me at the time. Any encouragement from adults was welcome at that age, let alone from the great Ralph McQuarrie, who had inspired me so much.

Not much later, at the age of 17, I had the great good fortune to actually get a job in animation and I gravitated back to my first love which is drawing cartoons, where I could (and still do) get away without knowing either perspective or anatomy or how to paint… 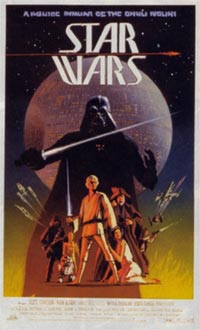 Years later, my animation career brought me to the San Francisco Bay Area. When going through an old box of stuff I had brought over from Australia, I found the letter from Ralph McQuarrie and was surprised to discover that the return address was from right here in the Bay Area, where of course, those early Star Wars movies were made. When I had received that letter at the age of 14 it was just a letter from the USA and the actual city it came from had not registered in my memory. So, as an adult, I wrote again to Ralph McQuarrie to thank him for the encouragement he had given me so long ago, for the inspiration that he gives me still, and to tell him that I DID manage to find my way into the career I had always wanted, as he had urged me to do. I sent the letter to the return address he had used many years earlier, but this time I got no reply. That was about 10 years ago, I guess.

Most likely he never got the letter, as I imagine that he may have moved in the many years since our first exchange of mail. In any case, after 30 years of getting fan mail from gomers around the world, I doubt that Ralph McQuarrie has the time to reply to even a fraction of the fan mail that he does receive… Hmmm, perhaps he DID get my new letter but feared responding to a stalker who had come to the USA from the far side of the world! 🙂

Anyway, looking through this fantastic new book brings back memories of reading all the old “Art of STAR WARS” books. I still get a kick out of looking at all those great paintings, plus, this book contains a ton of wonderful stuff I’ve never seen before, that will feed my hungry eyeballs for years to come. Thank you, Ralph McQuarrie, wherever you may be.