Not so long ago Ronnie organised a re-union lunch for the story team that had worked on UP, where we were finally introduced to THE GOLDEN BOY. It was a very pleasant afternoon, reconnecting with some people I had not seen in ages and a wonderful way to commemorate the project that is definitely the film I am most proud to have worked on so far.

Later, we posed for several team photos with the golden guest of honour, all of us sporting semi-formal neckties and white shirts, (“HOUSTON CONTROL” style) while standing beneath the Caricature Wall (which is a “who’s who” of story department history). 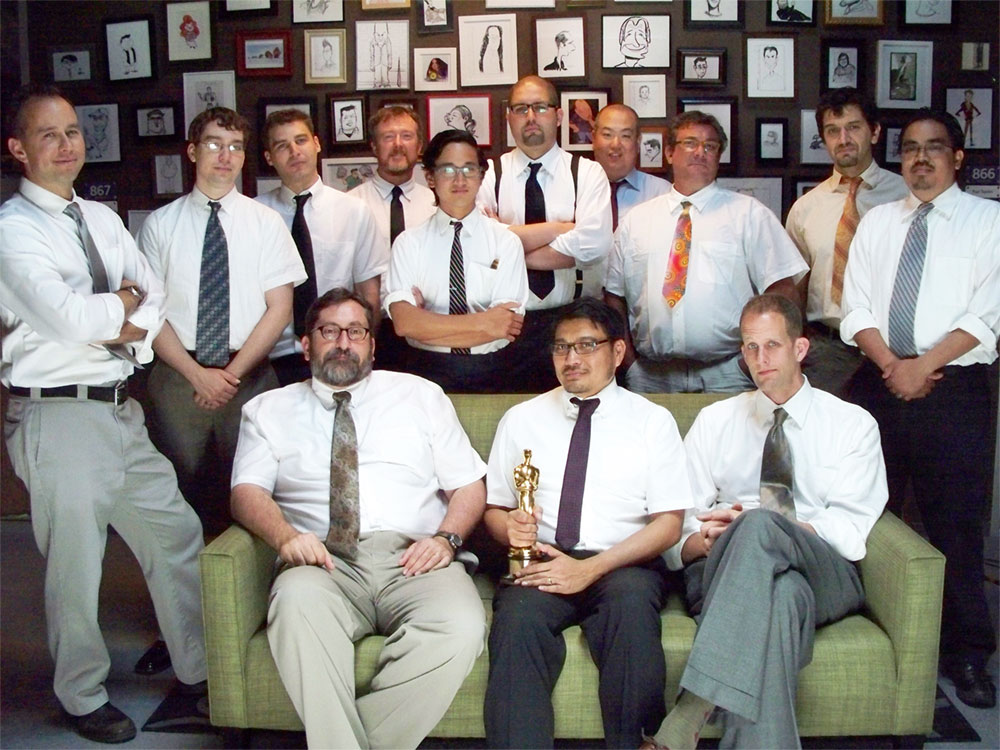 I spoiled this “serious faces” group shot by smiling. I couldn’t help myself. tee hee