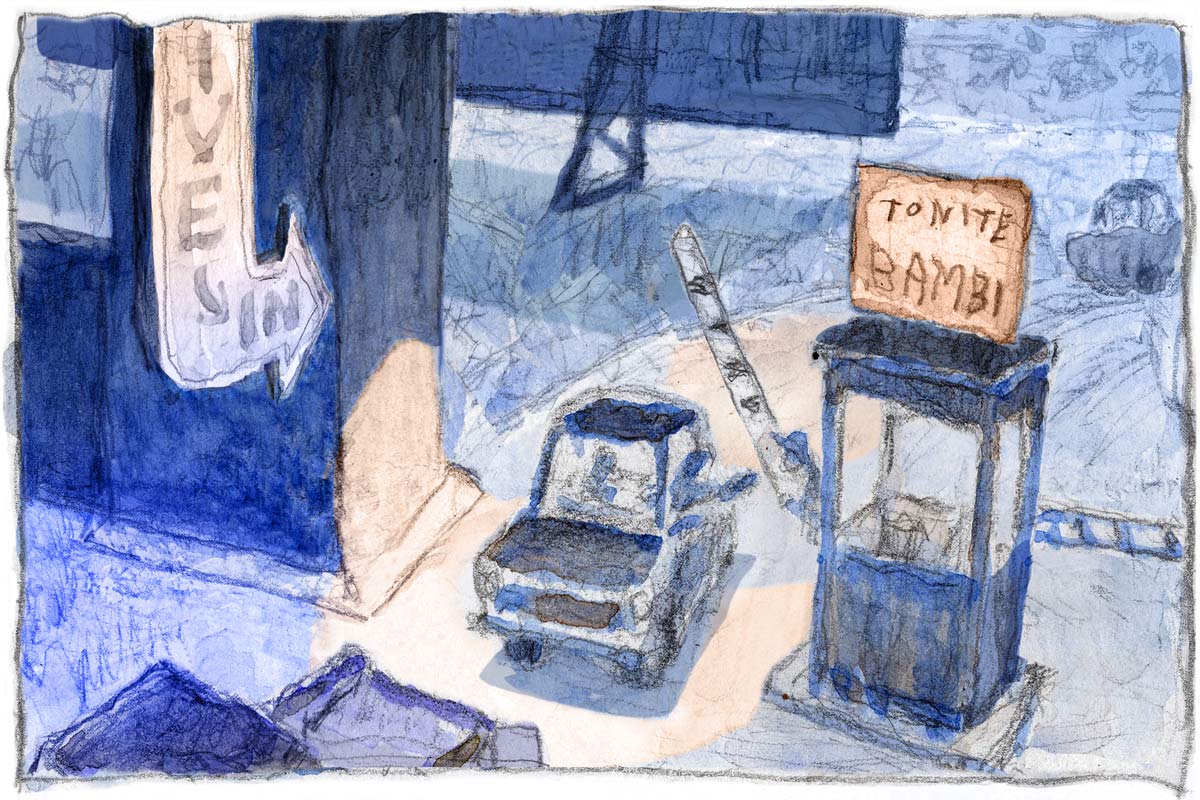 Drive-In theatres are fondly remembered for providing teenagers with both a cover story (a trip to the movies) and a relatively private place (a car) for their furtive, mutual anatomical research, but they were also frequented by families with small children. I remember going to the drive-in to see family films when there were little babies in our family (and I was small myself). In particular I was very affected by seeing “BAMBI” when I was 5 years old. 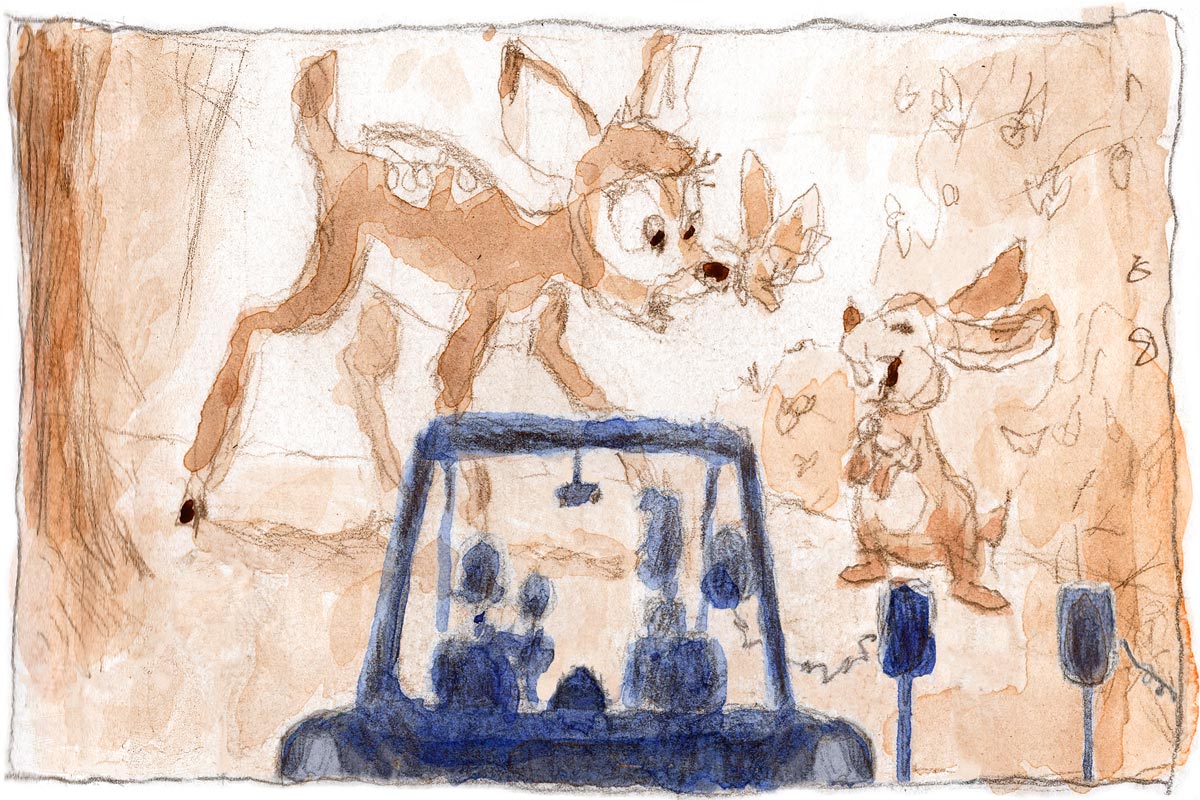 My brother Jo was still a small baby and provided his own vocal accompaniment from the front seat where he was attended to by my Mother, already pregnant with next brother, Rob (who would be along to help out with the yodelling chores in a few months). Despite the occasional noise, and being treated to moments of SENSE-AROUND when baby-bro had to have his underthings changed right there in front of me, I was very much engrossed in what was going on up on the screen. 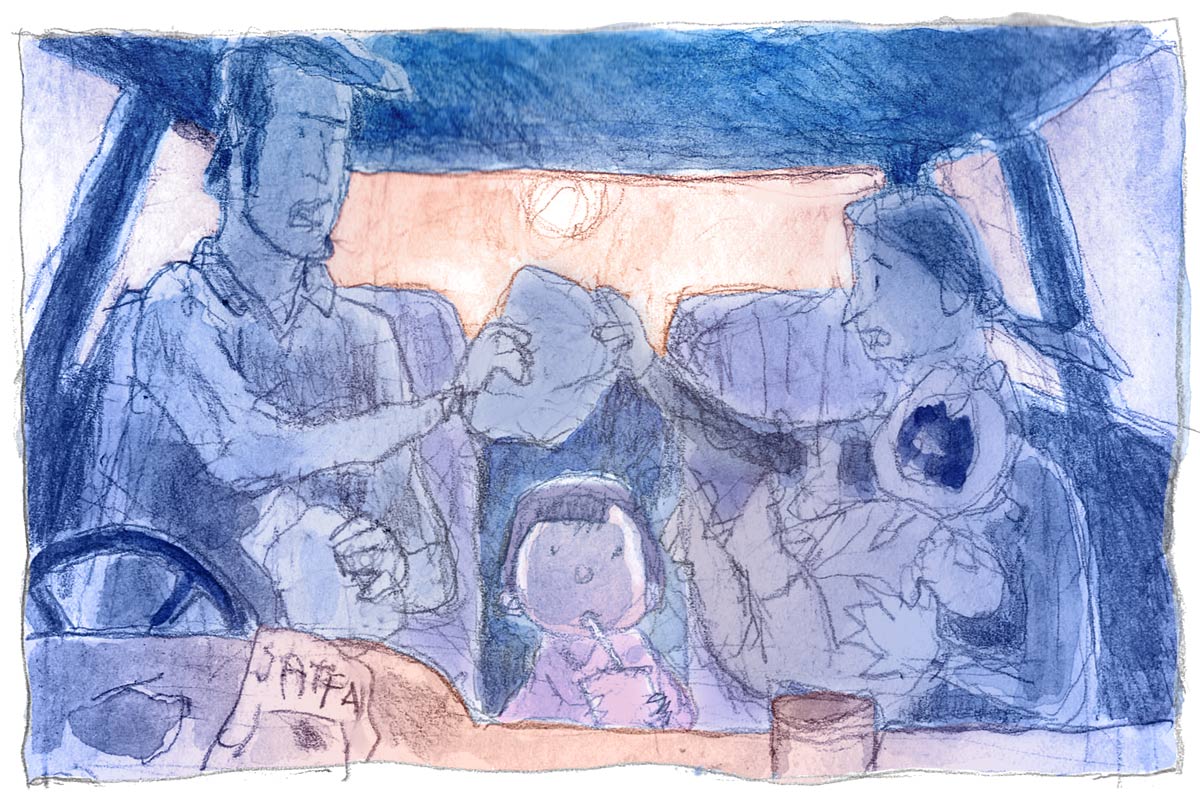 Before the ages of video, DVD and streaming media, a drive-in theatre was where parents could see movies without having to feel self-conscious about their bawling kids. No need for a baby sitter for the tiny ones, just bring them along. Sealed off in your (more or less) soundproof bubble you weren’t likely to bother the other patrons, who were probably families themselves, or teenagers who had more pressing things (ie; the pressing of “things”) on their minds. But you could easily bother each other, cooped up in there during a double bill of “Blue-Beard’s Ghost” and “Herbie the Love Bug”. With all the bickering and crying and spilled drinks and whatnot there was often as much tragedy and comedy and drama in the car, as on the screen. The death of BAMBI’s Mother affected me very deeply and I’m absolutely sure that I added my own blubbering to the general commotion within our car at that point. 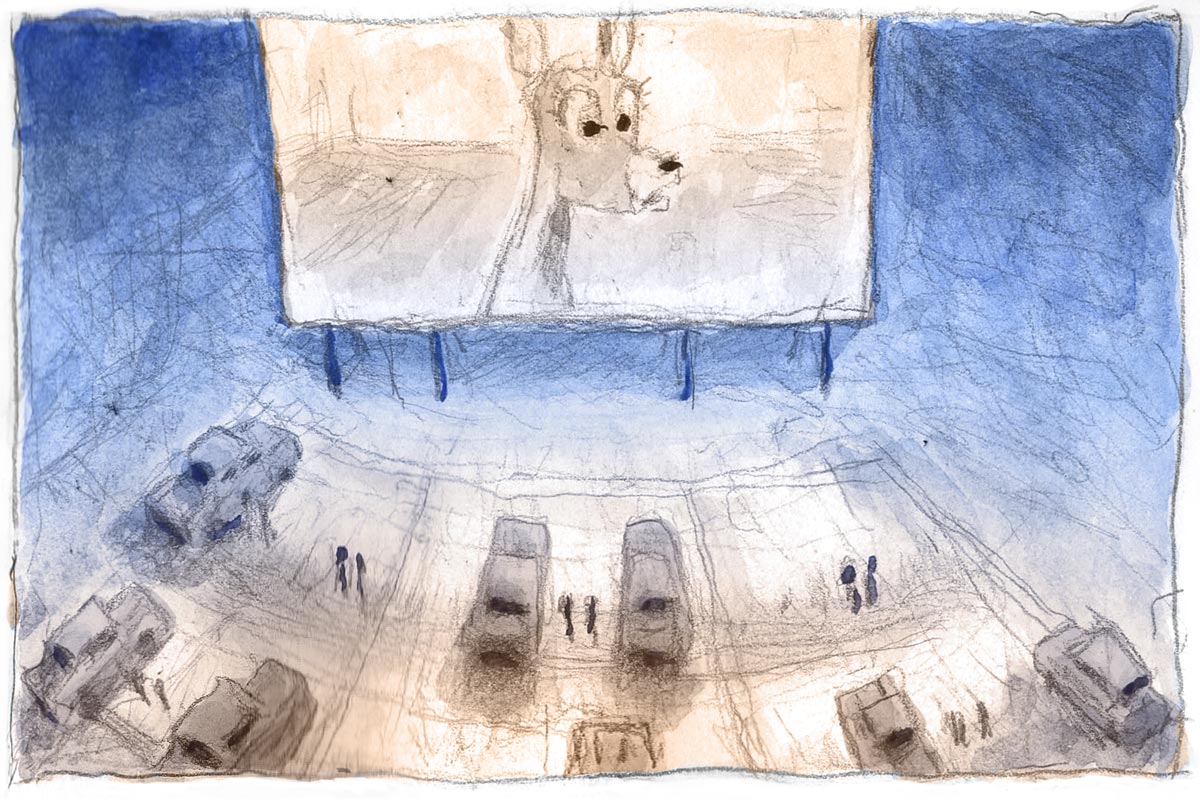 Parents sometimes like to shield their kids from such raw film emotions, but this moment of tragedy is a big part of one of my most powerful early-childhood memories. Apart from the inevitable tears, BAMBI was about to affect me in perhaps an even more powerful way.. It was while at the drive-in watching “Bambi” that I realised that this film was somehow different to other movies… IT WAS DRAWINGS… Moving and talking and seeming to be alive… and then seeming to be killed… drawings making me feel both happy, and then sad. 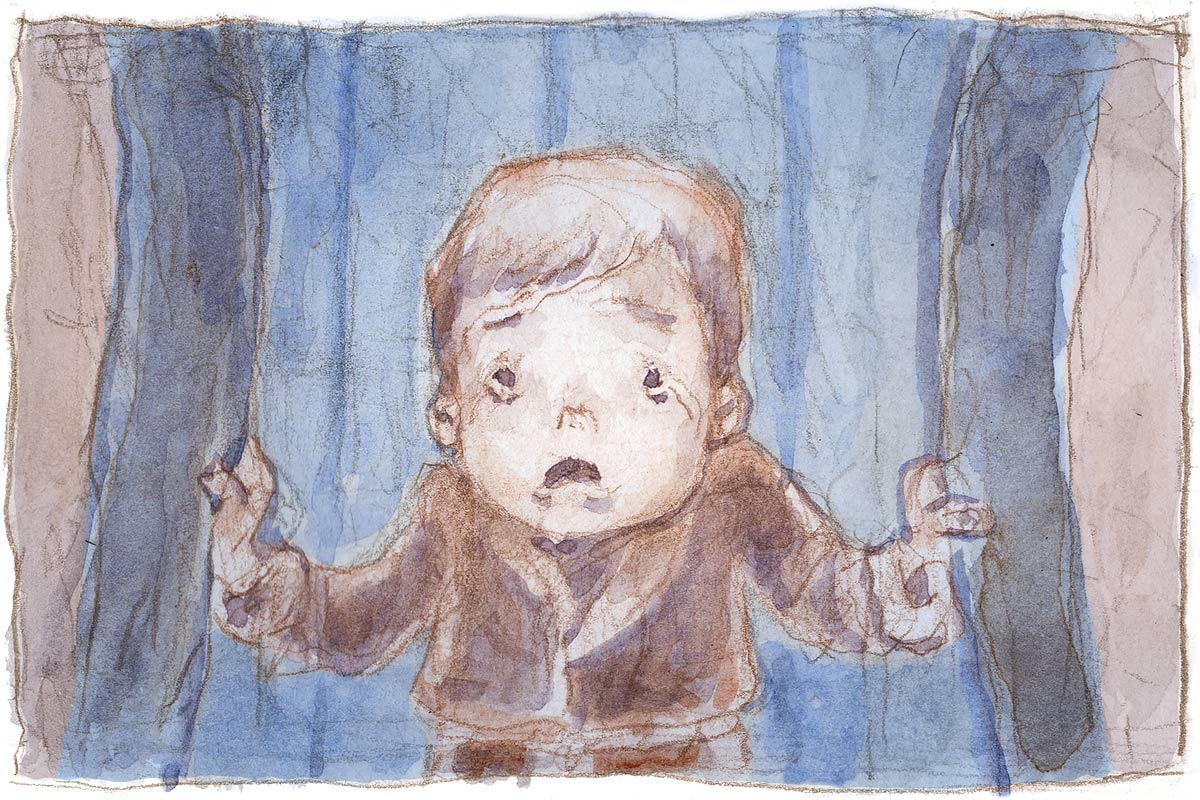 My tears of anguish were still wet, even as I began to wonder how this could be so.. I could not grasp how it was possible for these drawings to be alive. It was a singular moment; I was both pulled into and popped out of, the movie at the same time. Mum and Dad now had their hands full; crying baby on the one hand and on the other, a 5 year old who needed some answers. My parents did their best to explain the rudiments of the animation process, but it seemed completely unbelievable. 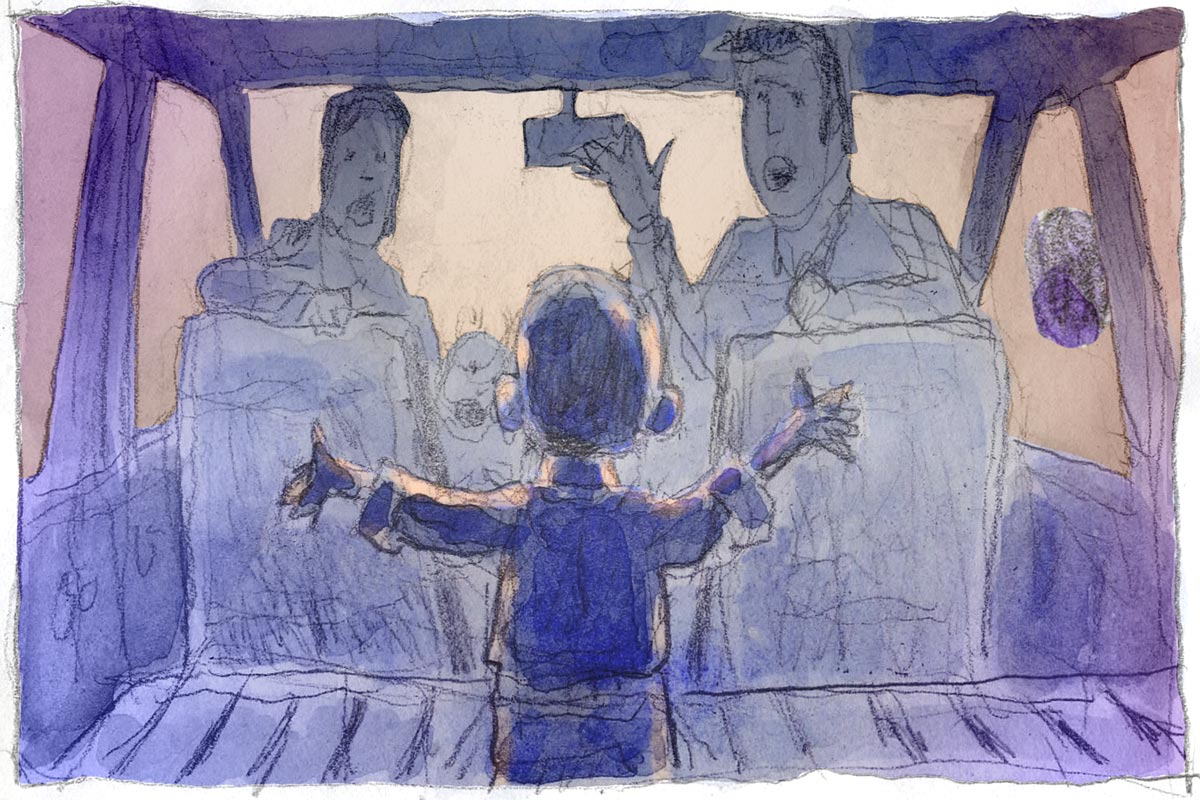 I wasn’t apt to take their explanations at face value either; I hadn’t forgotten the great lengths they had taken to try and dupe me with that Santa Claus nonsense, which I never believed for a moment (much to the great disappointment of my Mother) you never knew what hokum grown ups were going to put over on you next. I was taken to the back of the drive-in behind our car where, in the same building as the snack bar, there was a window allowing patrons to peek into the projection booth. 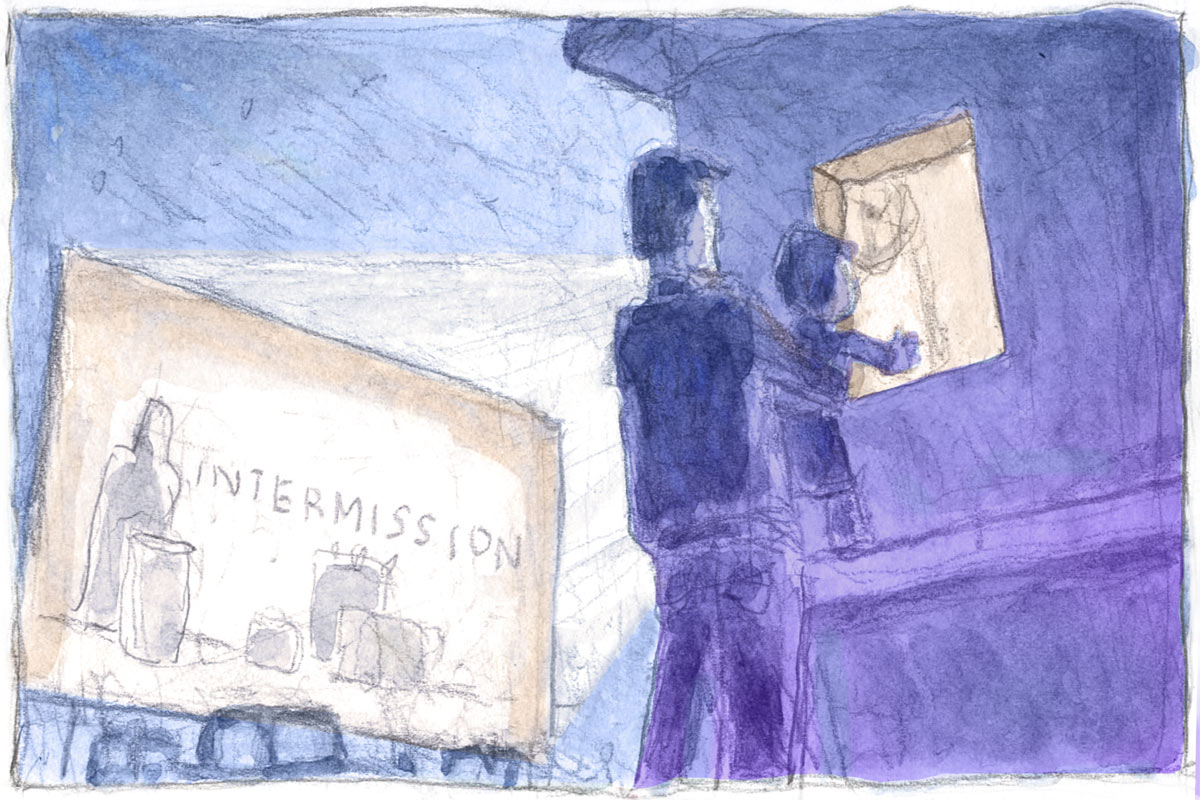 This is one of those memories that is still vivid inside my head but I’m not sure if it actually happened at that moment in 1969. Instead, perhaps this impression formed over time, as the childhood-me began to understand the filmmaking process, and became attached to this real movie-watching memory retroactively.. Memory is not always as immutable as we would like to think. However and whenever it got there, the memory I now see projected inside my head is of my my Dad lifting me up high enough to peer through a tiny observation window on the Drive-In projection booth, as he attempted to convey the truth of the animation process to me. I watched a machine spool out a long shiny ribbon that passed through a ray of light, sending a flickering beam out through the main window and onto the huge screen, in front of which our family car was parked, under the night sky. 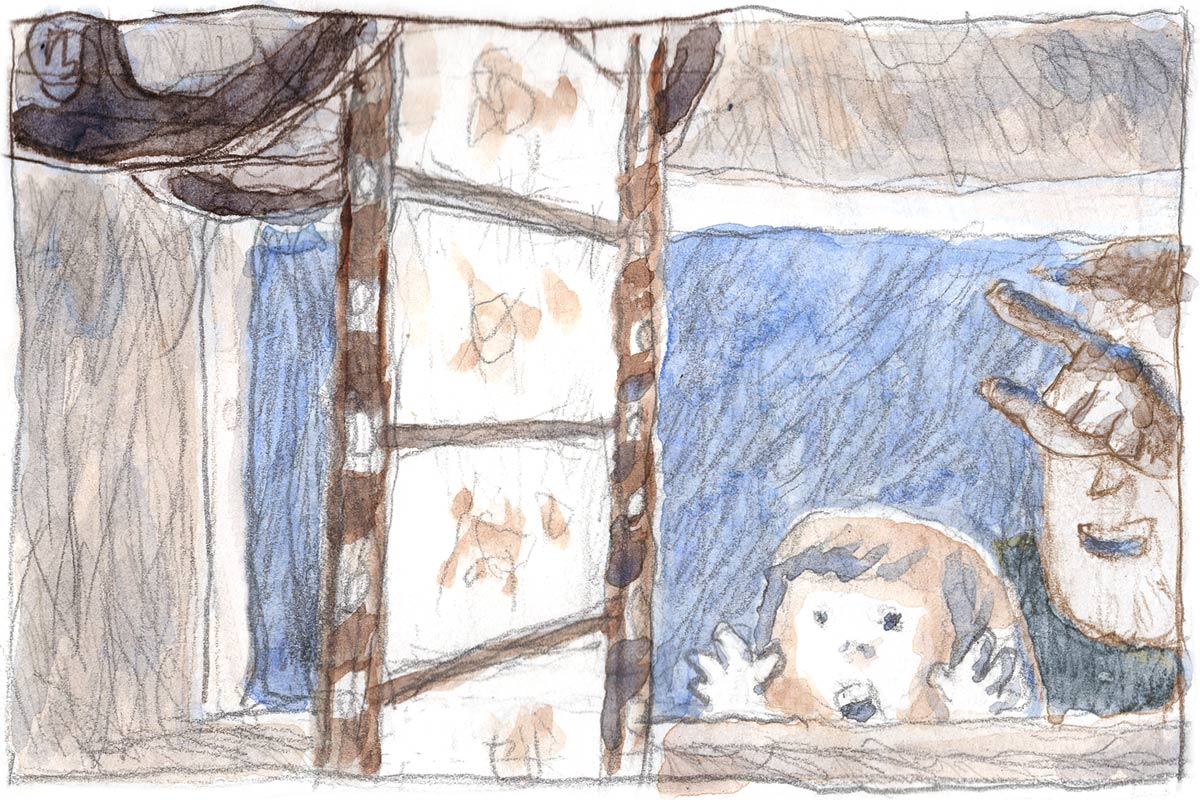 I was told that there were thousands of hand drawn little pictures on that strip of film, and through some process as yet beyond my ability to comprehend, they looked alive when put through the projector and light went through them. Tiny drawings? ALIVE? What? How? What kind of magic was this? I’d always liked cartoons, but never thought about how they were made, until this moment watching Bambi at the Drive-In theatre in Hobart. If I had thought about it at all, I probably thought that ALL films were documentaries and that the events on-screen were really happening (“Reality TV” in today’s parlance) but the realisation that this film was made of drawings made that an impossibility. 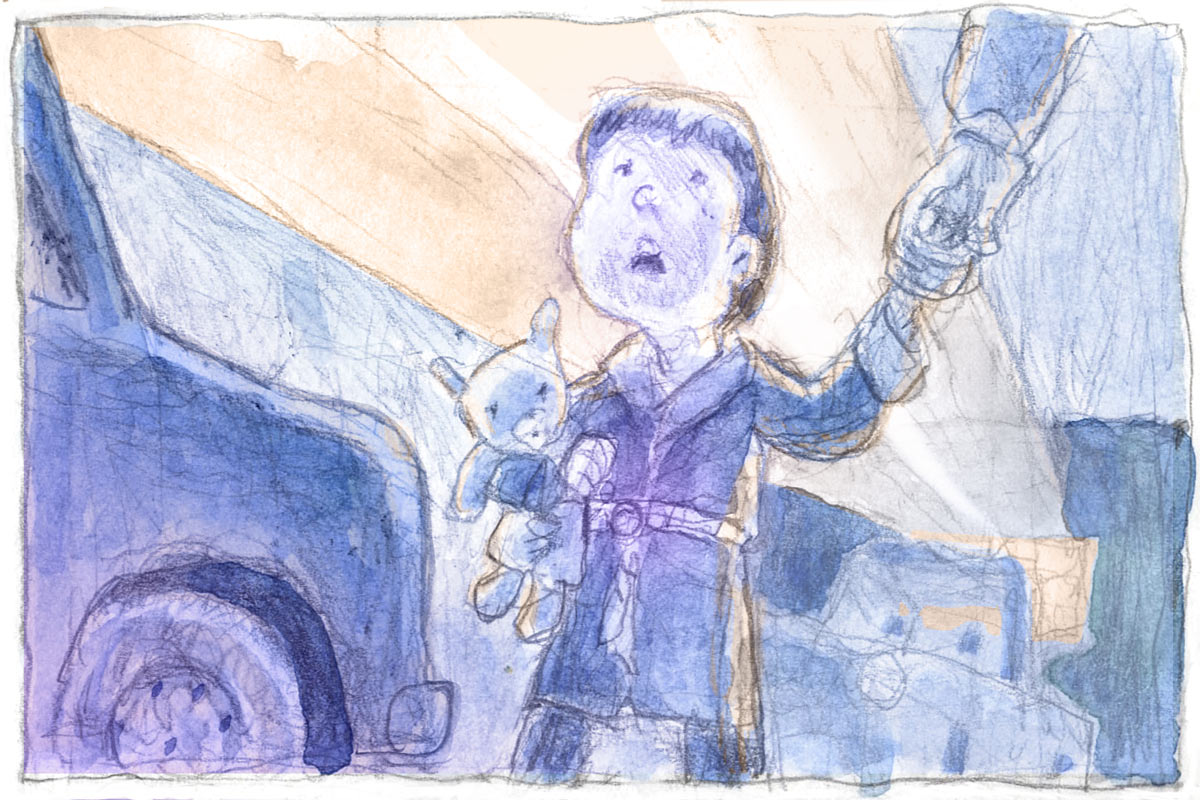 Animation sounded like some kind of magic to me, and even if it wasn’t “real” magic then it was clearly the next best thing. The sense of wonder from that night stayed with me for quite some time; certainly long enough to get me into the animation industry, and sustain me throughout my long career. I can still conjure up a ghost of those feelings of childhood awe at the man-made magic show even now, after working at studios all around the world for more than 30 years. 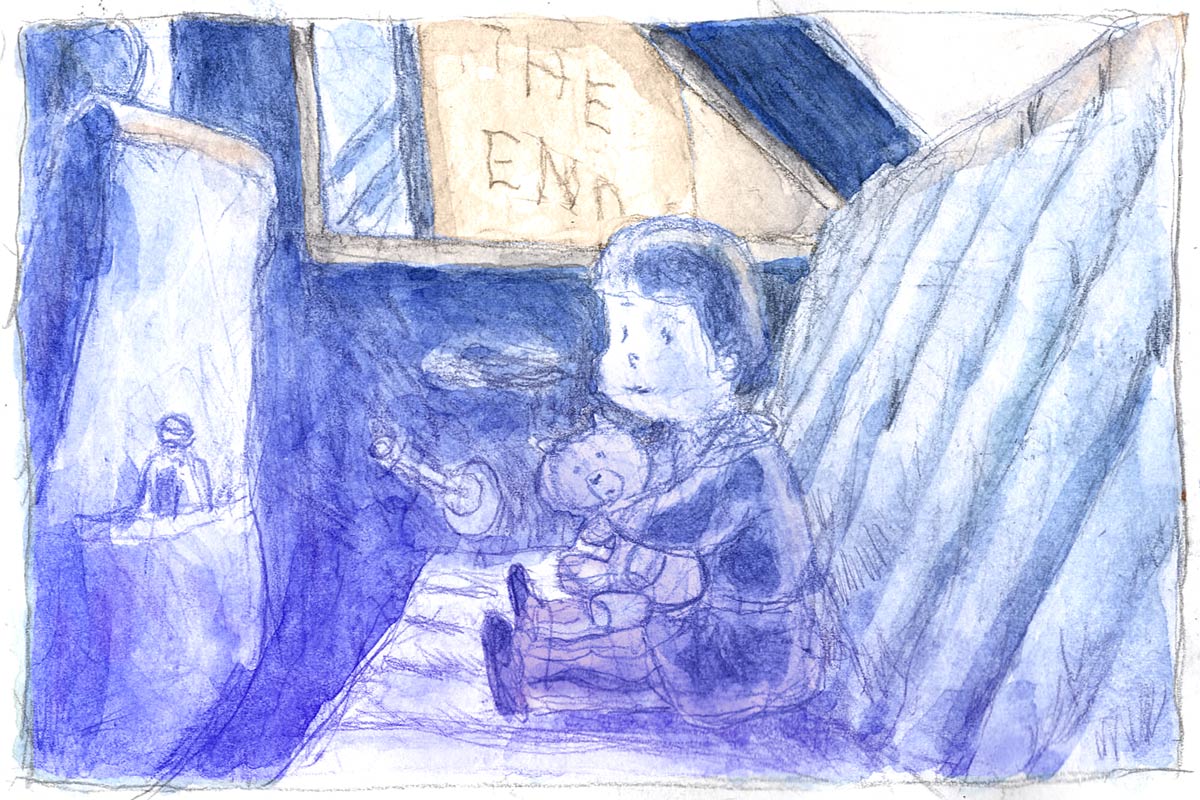 These days of course, people don’t go to Drive-In movies. They just go ahead and take their tiny kids to the multiplex, or else watch whatever they like, and whenever they like, at home on groovy big-screen home entertainment centres, with thousands of channels and streaming video to choose from.. but I’ll always have a soft spot in my heart for drive-in movie theatres, because of formative memories made there, including this one.

25 Responses to “Persistence of Vision”