I have been working with the Portland Oregeon stop-motion animation studio LAIKA for a few years now, and just saw their latest offering of ParaNorman, written and directed by the very talented Chris Butler, and co-directed by Sam Fell. It is an utterly brilliant, very funny and creepy film. An animated zombie movie for kids! It is unlike any other animated film you will ever see. 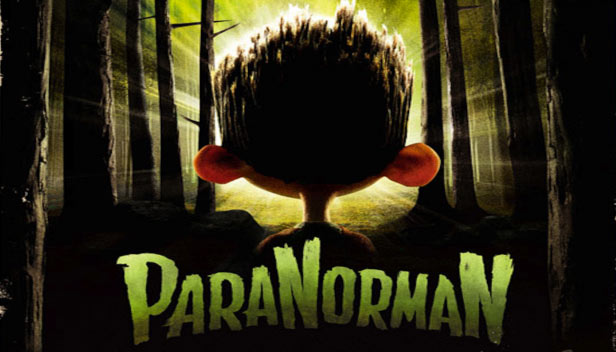 I had nothing at all to do with this production, but simply because I was in the building when it was made, I was able to read the very funny script rather early on. Normally, I have a hard time fighting my way though scripts, which is a rather difficult thing for a professional story artist to have to admit, but I’ve always found the script format to be hard to digest. So reading them was like eating my broccoli and vitamins; something I simply had to do, and that was that. But Chris’ script was actually a delight to read, and as goofy as it sounds, I actually did ‘laugh out loud’ a few times. From that point forward, I was eagerly interested in seeing the end result.

Over the next few months, I saw the production come together in Laika’s warehouse, and the distinctive look of the film became even more of an enticement.  Recently, I finally had the chance to see an advance screening of this wonderful film. The story of zombies and ghosts is a perfect match for the somehow otherworldly qualities of stop-motion, and both medium and message are in perfect sync. ParaNorman has a distintive visual style, is very witty, creepily hilarious, and is also a surprsingly sophisticated moral tale about forgiveness. When ParaNorman opens August 17, please go and see it immediately!