Here are a few more visual development sketches done while working in Ralph Eggleston‘s art department on FINDING NEMO, way back in 2000. 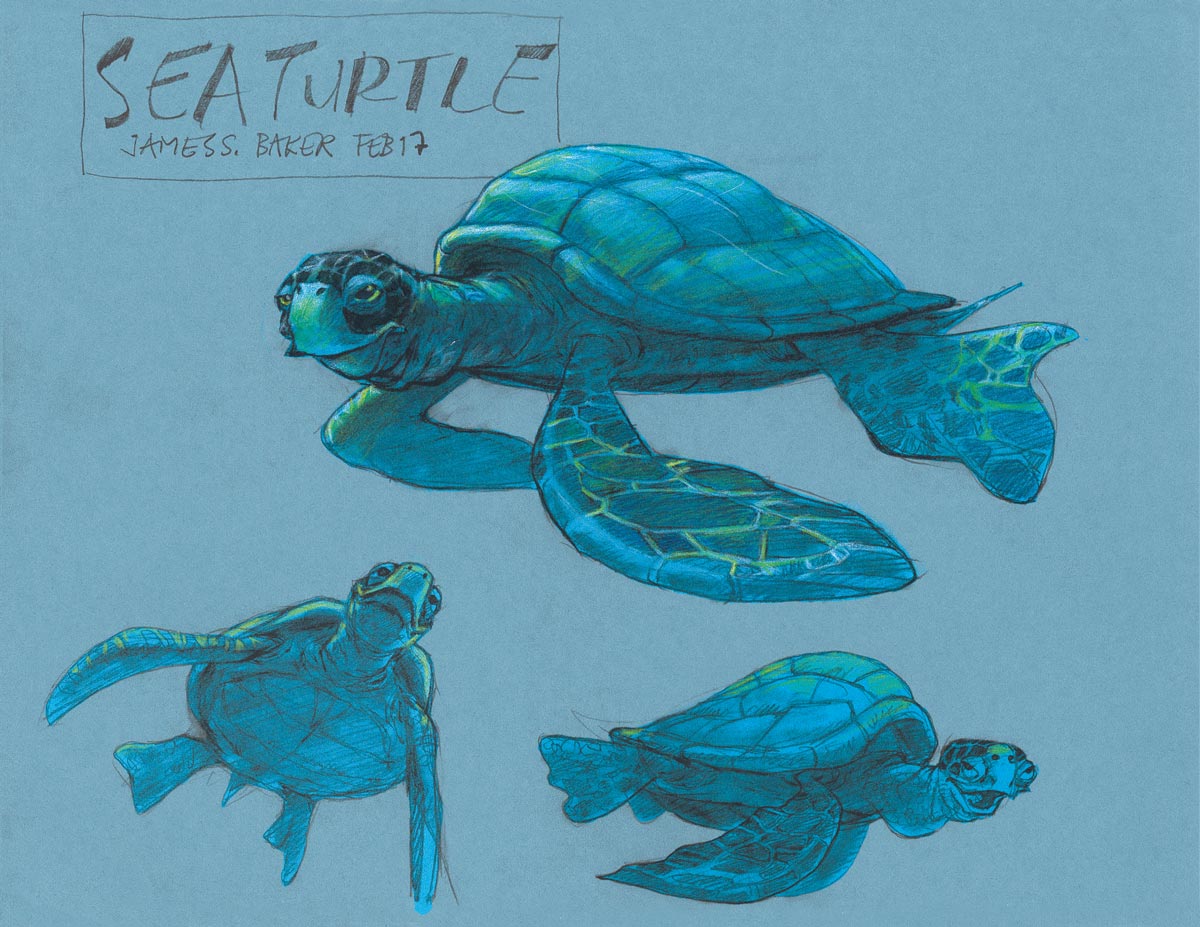 Some of my drawings of turtles and pelicans seen here (as well as designs for a moorish idol and sharks posted earlier) actually made it into the ART OF FINDING NEMO book. None of the VisDev I drew for subsequent Pixar movies ever appeared in such books ever again.

Page space in those ART OF books is very limited, and there are literally thousands of drawings generated by the art department over several years to choose from, so it was an utter surprise and delight to be included my very first time working on a project for Pixar. 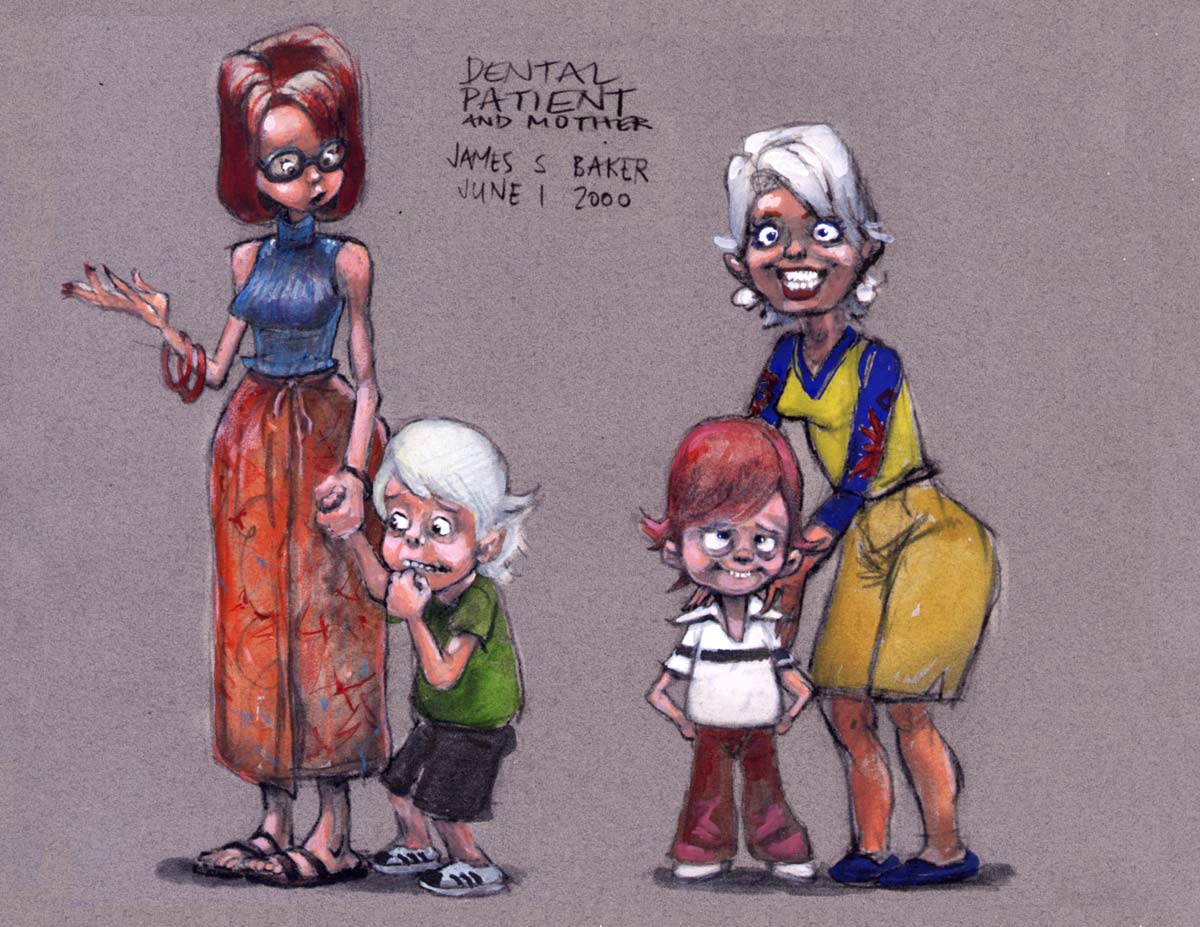 In the early days working on FINDING NEMO, I was allowed to draw anything at all in the script that interested me, and I played for a day or two drawing kids who might be waiting to see the dentist (who has Nemo in a fish tank in his dental surgery). Personally, I absolutely loathed visiting the dentist as a child (as I still do) so the scaredy cat kid you see below would be me.

In terms of appearance though, as a kid I probably looked most like the solitary little bloke in his scruffy school uniform (middle of the pic on the right, above). 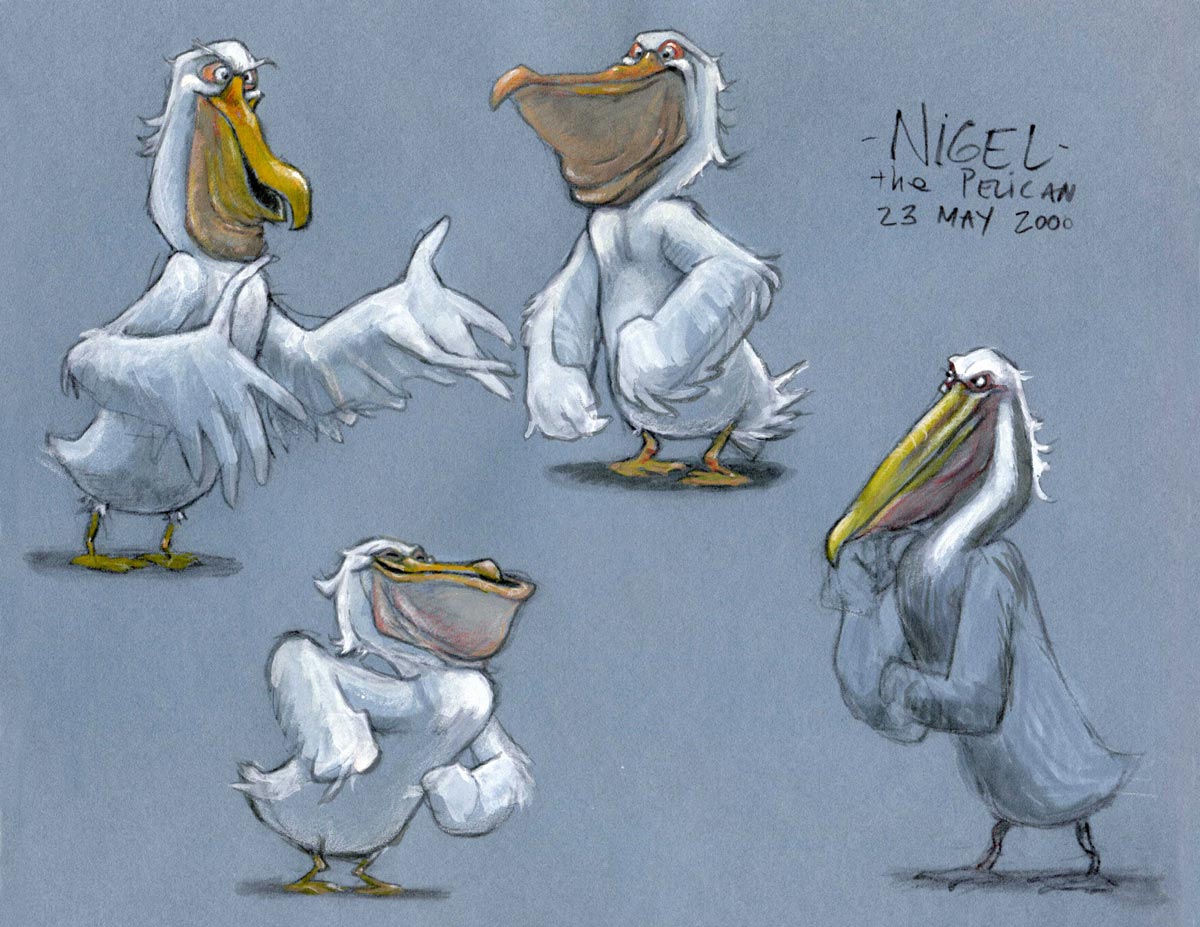 I not only tried my hand at designing NIGEL the pelican, I also got to be his temp voice on the STORY REEL. When making these movies it’s common for the crew to record temporary dialogue used in early edits of the film, before the final actors are even cast.

Pixar had a few Australian employees at the time, and it was perhaps the first and last time that Australian voices would ever be in demand for a Hollywood cartoon, so I was in the right place at the right time. I was called to do several voices; pelicans, dentists, sharks, random fish, you name it. It was a great deal of fun. 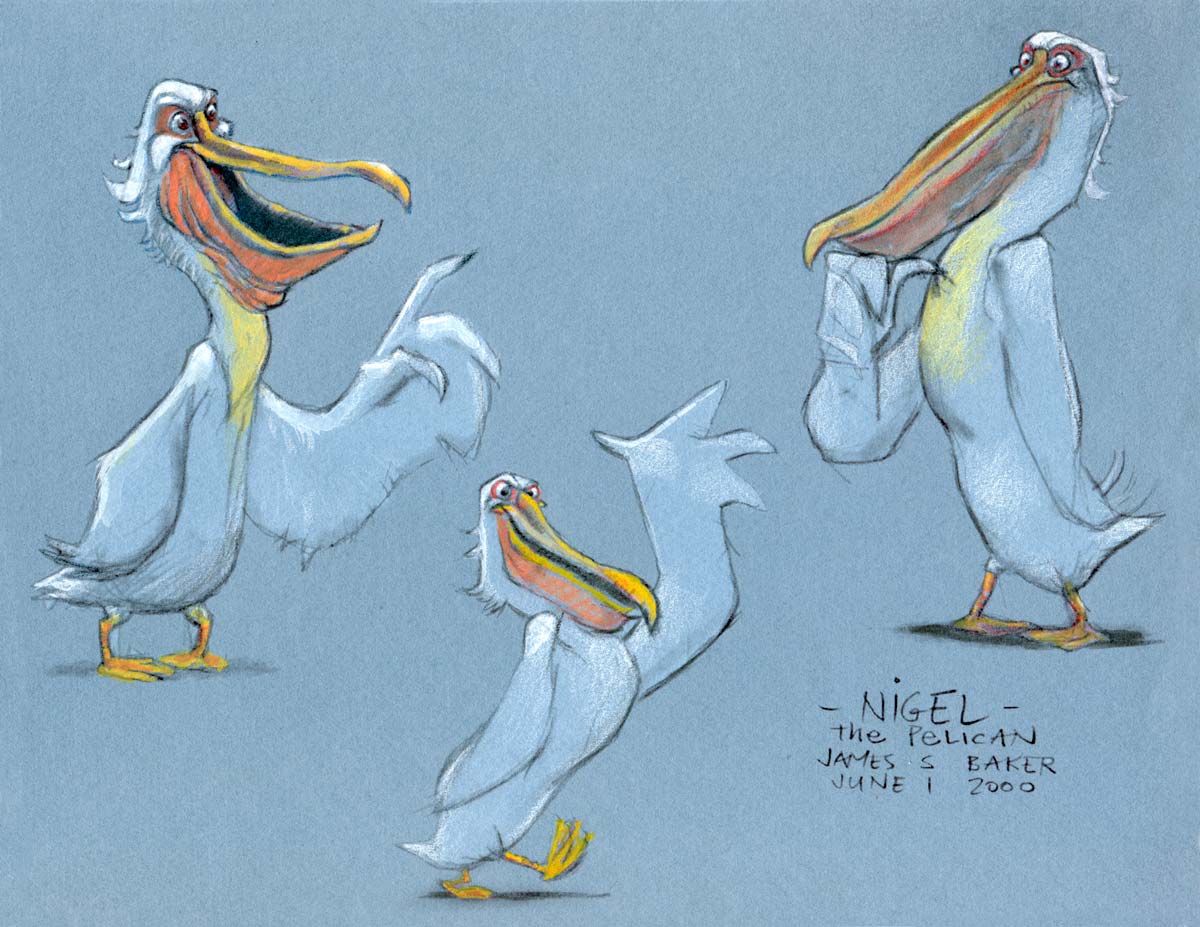 One by one all my voices were replaced with the proper actors, but one of my performances actually remained in the movie, more or less as an oversight. I was on holiday back in Australia when the studio realised that there were a few lines of my dialogue left in the final cut of the film (for a cranky Aussie crab).

It took them a while to track me down in Australia and send me some documents to sign at the very last minute of some deadline or other, to make the whole thing official with the Screen Actors Guild. The upshot is that FINDING NEMO is the only movie I’ve ever worked for which I actually get residuals.