When Friday the 13th falls the day before Valentine’s Day it seems like an omen… but of what? NOT to be dating perhaps? On a weekend where supernatural serial killers traditionally stalk the streets (well, the movie theatres anyway) maybe your romantic candlelight dinner will be the prolog of a horror movie? Perhaps it is safer to stay at home? At the very least, its a good excuse to reflect on the darker and creepier side of love.

To wit; when someone that you can’t imagine ever living without then becomes someone you can’t even stand the very sight of… well, how does that happen? 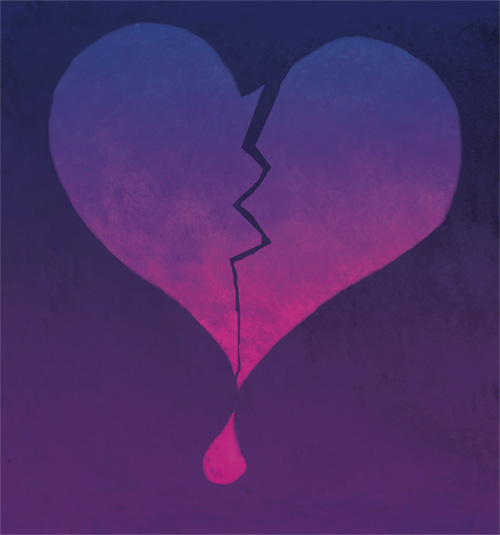 It is said that “Love never dies“ which sounds beautiful but let’s not forget that the un-dead are the baddies in Friday the 13th stories… Is love a ZOMBIE? Aren’t we supposed to shoot zombies with shotguns and set them on fire? Verily,“Love is a battle field“…

If it is true that Love doesn’t die, then where does it go? For it certainly leaves sometimes… and when Love moves out, Hate can be the tenant moving in to replace it… An old pop song said; “It’s a thin line between Love and Hate“ as if they are neighboring tenants in a shabby building… acknowledging the close relationship but keeping them separate…. But is one actually the secret-identity of the other?… Perhaps Love puts on new clothes… and just turns into Hate? Have you ever seen Jekyll and Hyde in the same room?

For all the movies, poems, novels, fairy tales and pop songs about “the Power of Love“, it is frail and easily turned to jealousy or even full-blown hatred. How often is the reverse the case? Does Hate EVER become Love? Not only is Hate easier to maintain than Love, it also seems to be easier to pass on to others, more communicable. It is both hereditary and contagious in a way that Love is not. Think of those places in the world where hatred of the neighbors, or an ethnic group, has been handed down from generation to generation… now try to think of a place on planet Earth where a deep and abiding Love of a nearby people is spread 2nd and 3rd hand in the same way…. I can think of no such place…

Which is not to advocate Hate but to point out that it takes effort to protect Love. We speak of “FALLING in Love“— as if it is an involuntary event— yet it takes a LEAP, an action of the will, to keep it going.

In Friday the 13th terms, love needs constant medical attention if it is not to mutate into a zombie. We must give it the serum every day. Or, to use an analogy more in keeping with the symbolism of Valentine’s Day, Love is often accompanied by, and compared to, flowers, so it seems natural to see Hate as weeds; Flowers need to be coddled in order to thrive, whereas weeds need no help to flourish. Likewise, Hate does very well with no encouragement whatsoever while Love needs constant attention if it is not to wither.

A final thought: The initials for Valentine’s Day Are VD… what does THAT signify?

2 Responses to “My Heart is a Zombie”