These days, many artists (even those still in school) have their own web-sites, with links to artists who have influenced them. Hop-scotching around the internet from site to site has been a great source of inspiration for me in recent years. You can see links to artists that I admire on my LINKS page, but some of those who have influenced me the most have been those that I have worked with personally, and in many cases they don’t have websites and are therefore unknown by people who have not worked with them too.

Part One: Early Influences
I didn’t attend art school. When I started working in animation, at the age of 17, I was trained on the job and there wasn’t time for much “proper” training in the midst of production. So, while a lot of people remember the early influence of their art teachers, I am grateful to those few artist/co-workers who took time to show me some tricks and give encouragement when I was starting out, and had even less idea of what I was doing than I do today. Here are a few of the cartoonists who influenced me early in my career. 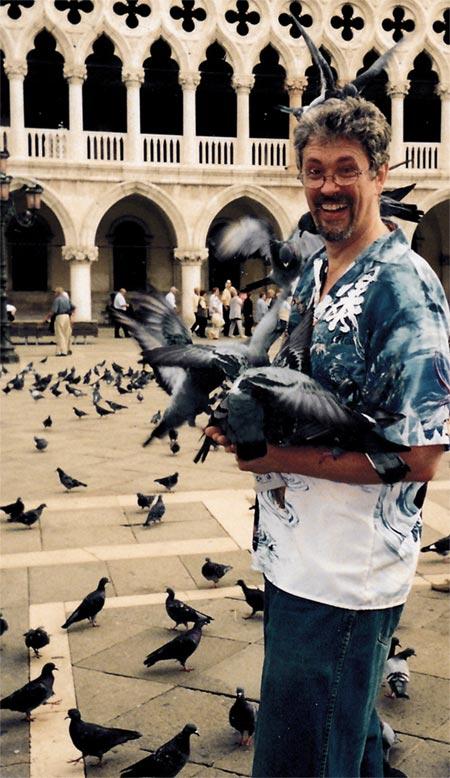 JON McCLENAHAN is an American, but he entered the animation industry in Australia, which is where I met him, when I started out at Hanna-Barbera’s Sydney studio, as an inbetweener. Jon was already an animator and he was the first artist ever to take an interest in me and I owe him a lot for that. He gave me encouragement and help with some animation I was doing in my spare time, because I was getting frustrated with being an inbetweener. Partly due to that after hours experimentation, and Jon’s encouragement, I did eventually get a chance to animate. Jon was, and still is, a very focussed, hard worker and he got a lot of work done by staying in his chair all day and drawing, rather than yakking with co-workers, which was my habit back then. I have since acquired his ability to work hard, day after day, but sadly I have never been able to apply Jon’s straightforward approach to creativity; he doesn’t second guess himself, and forges ahead with his first idea. I admire that approach very much and tried to adopt it for myself, but sadly I am rarely happy with my first idea, and so my method is is to “noodle” and try alternatives and throw away a lot of work along the path to making something I am proud of. Years later, after Jon and his family had moved back to his home town of Chicago, I had a chance to work with him at his own studio, called STARTOONS. Fans of Animaniacs, Tiny Toons, Tazmania and other quality TV cartoons from the 1980s and early 1990s may have heard of that studio because many of the funniest (and Emmy winning-est) episodes of those popular shows were animated by Jon and his crew.

Jon and I haven’t worked together for many years but we are great friends to this day.

Simon and Chris. These guys are often mentioned in the same breath by people who know them, because they are such complementary friends. When I first started working, they were like the big brothers I never had as a kid. In addition to picking up a cynical sense of humour that I hadn’t really earned yet, I learned a great deal about animation and cartooning from watching these two blokes: 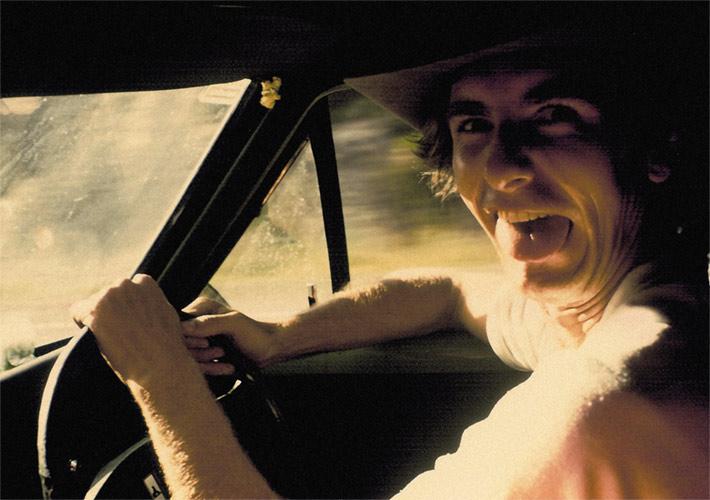 CHRIS HAUGE has animated on the influential Gorillaz videos, including that first one for “Clint Eastwood” that blew everyone away (I must have watched it about 100 times). He did those when working in London for Passion Pictures. Before being part of that buzz, years and years earlier, Chris turned on a light bulb over my noggin when he was the first animator who explained to me that animation wasn’t just individual drawings or even pretty drawings… it is the relationship between those drawings that is important; he made me think about TIMING, which is something that he excells at himself. Chris showed me how to plan out the action in thumbnails first so as not to jam too much “stuff” into a scene, and ensure that the drawings each had enough screen time to “read” for the audience. That may seem obvious, especially to those of you who have had formal training, but it was a revelation to me when I was 18. (He later tried to teach me to surf, with much less success. My thrashing and splashing around made him look “uncool” in front of his surfer peers). As well as enjoying working with Chris at Hanna Barbera in Sydney, I also learned a lot from him when we both worked on commercials at Colossal Pictures in San Francisco (my favourite company I ever worked at). Chris now has his own animation studio in Sydney called HALO PICTURES with not only a great showreel but also a great location; near the beach. (Being close to the surf was one of the major factors in choosing a studio location for Chris).

Chris is the only of my art-pals on this list who actually does have a website, so please check out his animation for GORILLAZ and various other bits and pieces of coolness. 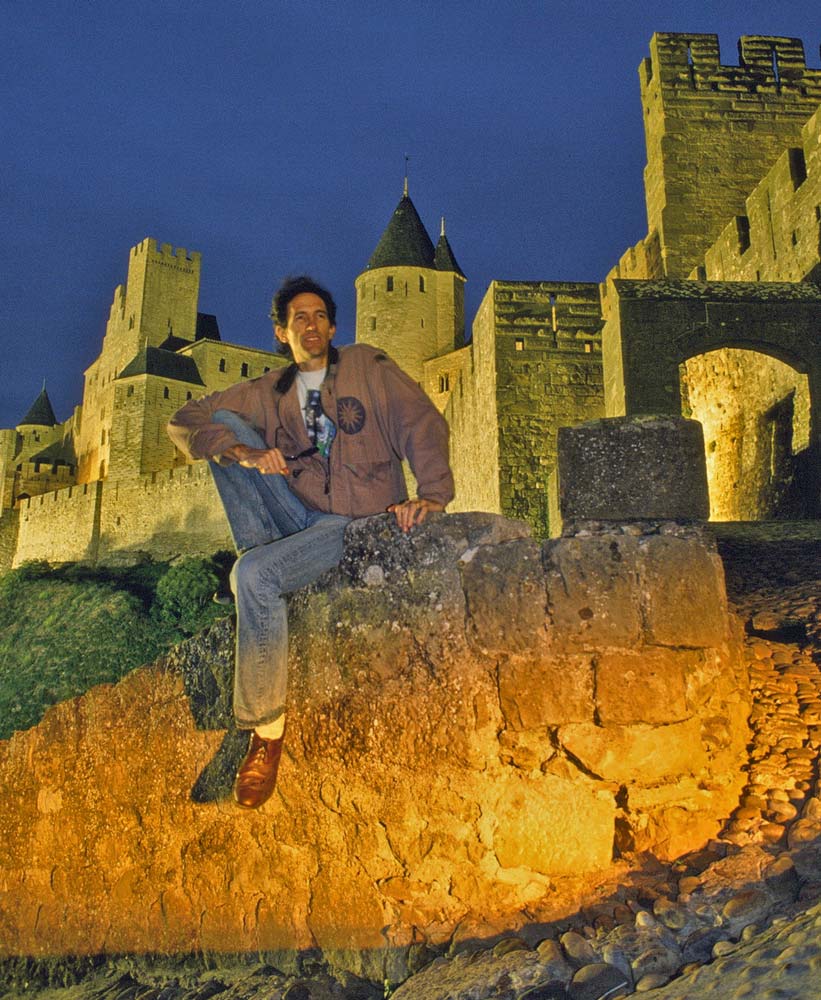 SIMON O’LEARY has worked on projects such as Disney’s Tarzan (in the Paris unit) and now directs commercials in Sydney. His cartooning ability, dry sense of humour and unpretentious approach to working were all major inspirations to me when I started in the animation industry and he inspires me to this very day. He is one of those guys who can do FUNNY drawings… drawings that’ll make you blow your coffee out your nose; you are laughing so hard. This is especially so when he busts out a savagely accurate caricature of a co-worker (or YOU) or a funny doodle based on something that happened at lunch hour. For 25 years or so Simon has both written and drawn a comic strip called Fred Gassit which runs in the Australian Motor Cycle News magazine (and several other motorcycle magazines around the world). While the strip is ostensibly related to the world of motorcycling, the humour is really about Simon taking pot-shots at the world in general, via the persona of Fred; a sarcastic dog-like character who is a cantankerous bastard but appealing none the less (much like Simon). Both the humour and the artwork are vulgar yet sophisticated (much like Simon), which is a winning combination for me; the hardest laughs happen when neurones within the low-brow and the high-brow are firing simultaneously. I have a collection of these strips that is a treasured possession I look through when I want a laugh or need to swipe ideas on how to draw a vehicle, a goon, a bikini babe, or anything for that matter. To my mind these cartoons are insanely funny and I wish that Simon was rich and famous as a result, but the fact is that he doesn’t even sign them let alone “promote” them. Self-promotion is not what Simon is about. Which explains why he doesn’t have a website and why you probably haven’t heard of him.

I have worked with Simon in Sydney, Paris and San Francisco and I look forward to working with him again some day. 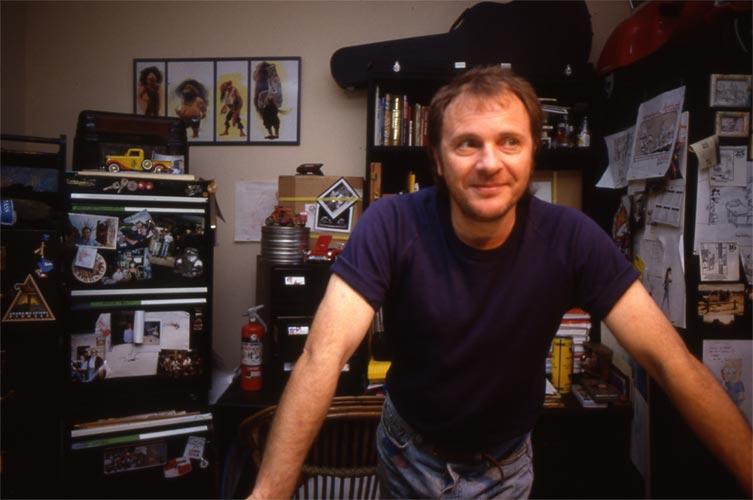 DEANE TAYLOR may best be known as the Art Director on the Nightmare before Christmas (and a spin-off game). He also did design work on the animated shows Cow and Chicken and I.M. Weasel by Dave Feiss (yet another animation hero of mine, from later in my career). But years before that, Deane ran the layout department at Hanna Barbera in Sydney. After I had been animating for a few years, Deane offered me a chance at learning layouts under his supervision. Consequently, most of what I know today about composition I learned from Deane, or picked up by working with him and watching him go. He was the most prolific artist in the department. He has a very dynamic drawing style, featuring a clever use of shape and silhoette, that many of his trainees tried to copy, but nobody ever matched Deane for graphic dynamism and energy of line. He taught me some simple compositional guidelines that I learned to apply over and over again, but apart from art tricks, he also showed me quite a bit about work ethics and attitude. Even though the shows we worked on were pretty crappy in those days, and many people just went through the motions when making them, Deane was one of the few who tried his hardest on every show, no matter what. He took pride in his work. He respected people who did a good job on whatever they were given to do, rather than those people who will work on only 2 cylinders, saving themselves for the big deal job on the distant horizon.

Deane taught me to always think of how to “plus” the material that came across my desk. That is certainly what he always does.

———————————–
I am very lucky in that I have worked all over the globe, at some really great studios, on some quality productions, with loads of amazing artists over the years… but these guys listed here had a huge influence on me, disproportionate to the quality of the projects we worked on together. In many cases the stuff we collaborated on was a lot of crap, yet these artists are still some of those that I respect the most.

James S. Baker has worked in animation since 1982, for many studios around the world. This blog is for his written projects.