The organising, scanning and collating of old artwork continues… Here’s some FINDING NEMO concept sketches (in gouache and pencil) from early 2000. 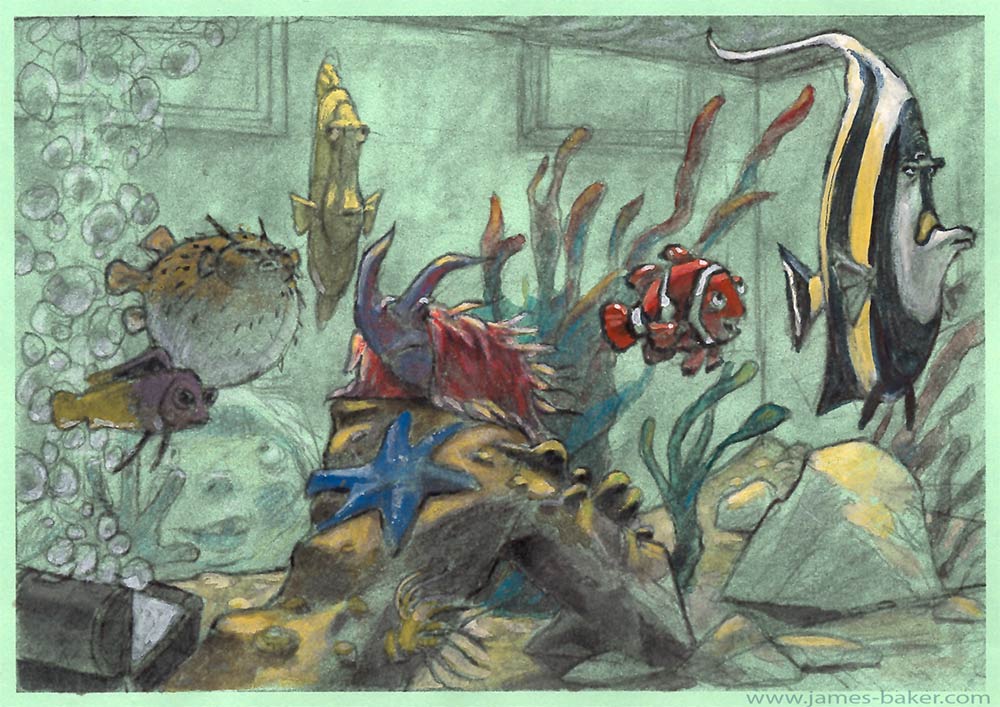 FINDING NEMO was the first time I’d ever worked for Pixar, as a freelance visual development artist, working mostly at home under RALPH EGGLESTON’s capable supervision. I must have jammed on visdev for about 6 months or so, until they assembled a proper art crew. 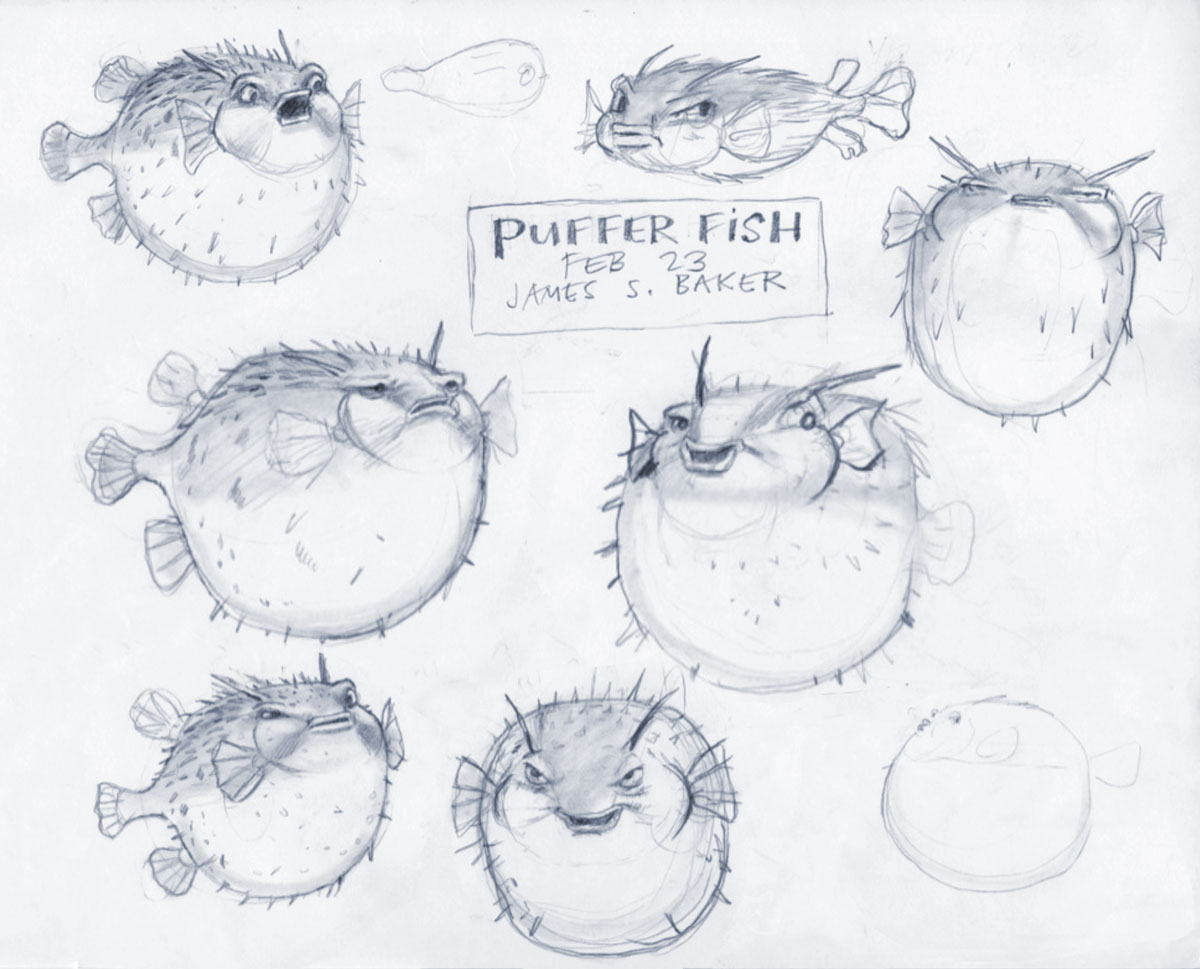 At that time, Pixar was struggling to increase its bandwidth to do more than one movie at a time, and as amazing as it is to believe now, in the year 2000 Pixar had trouble filling positions, because the focus of the animation boom back then was 2D animation in Los Angeles. MONSTERS INC was in the heat of production, and most Pixar staff artists were focused on that, so the NEMO team had to use free freelance artists like myself.

I drew fish, sharks, turtles, birds.. you name it. It was a really fun time. What you see here are some of the designs I did for the fish tank crew. I played with the idea that Jaques, who eventually became a French shrimp, was instead a kind of sea slug (called a nudibranch). That idea didn’t go too far though, because the studio had discovered on MONSTERS INC that CG tentacles were incredibly difficult to do. A pity, because I quite liked this version; 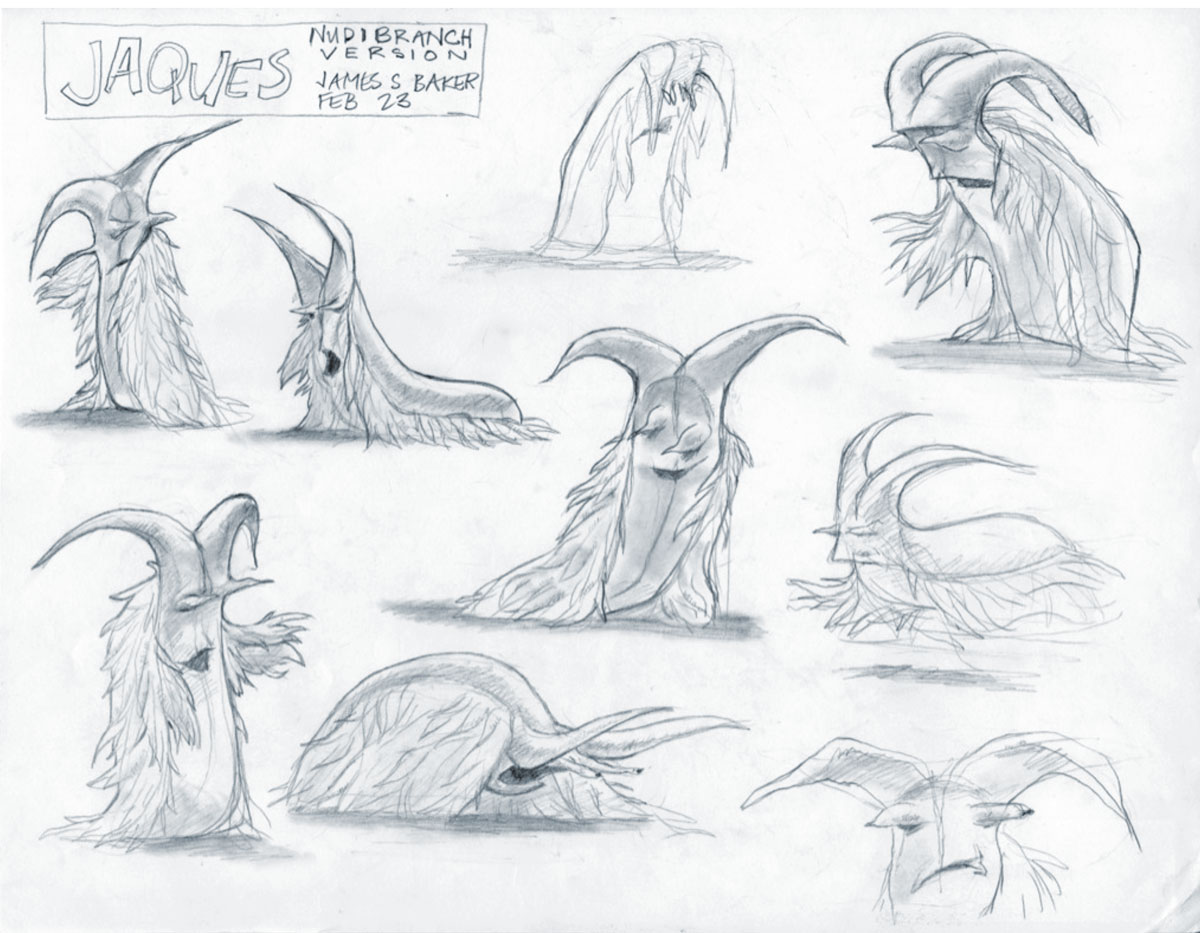 The next year, 2001, Pixar called me in to do storyboards on the same project, on a story team lead by RONNIE DEL CARMEN. By then the studio had moved from their original facility in Point Richmond, to the swanky campus they occupy now. The project was so much further along by then, and it was fun to see the progression. 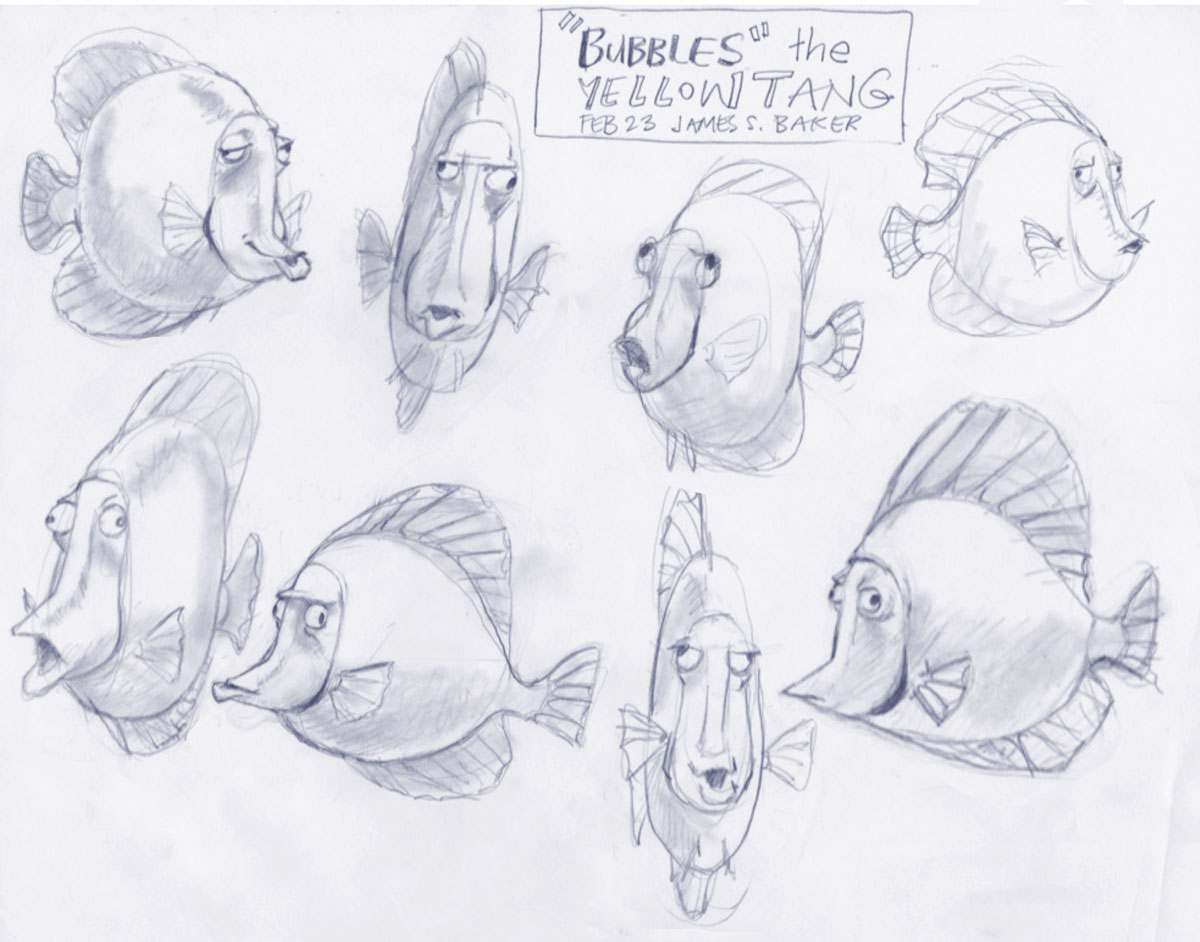 I was excited to work on this film, and when it was finally released in 2003, it finally broke a curse I had been under where it seemed everything I worked on, especially if it was a cool project, got cancelled. Thanks, Nemo! 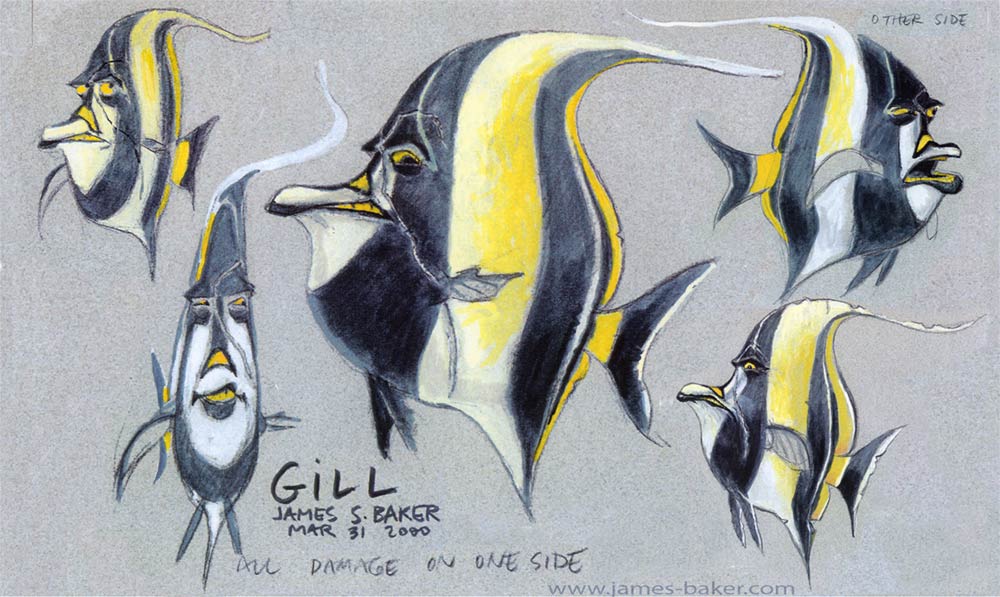