Last weekend I did some sketching with MATT JONES at the De Young Museum in Golden Gate Park, where, along with my pals Bosco and Steve, we saw the FANTASTIC Jean Paul Gaultier exhibit, FROM THE SIDEWALK TO THE CATWALK. 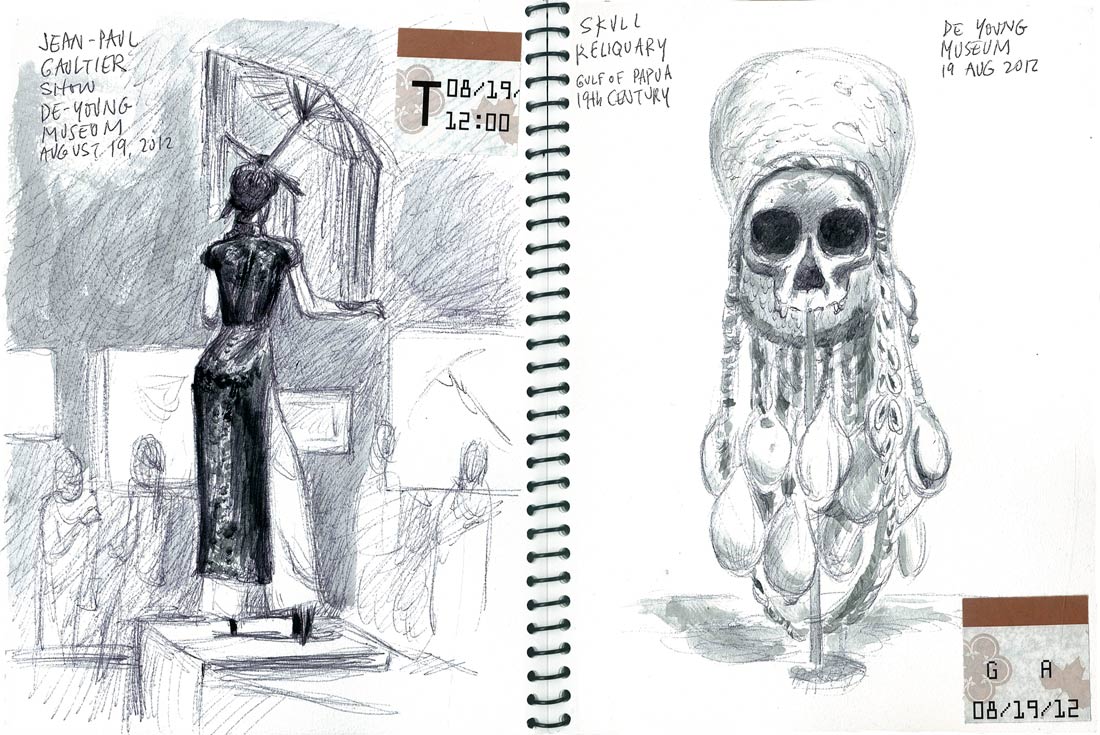 Seeing a 30 year retrospective of his work made it clear how much of the visual style of the past few decades can be attributed to Gaultier, and not just in the field of fashion itself. He has done extensive design work in iconic films and styled many videos and album covers in the music business too. His cross-cultural fashion mash-ups are astonishingly witty. I was very impressed with the exhibit, though it was almost impossible to do any drawing due to the Disneyand-scale crowds that had shown up on the last weekend of the show. I only was able to do one sketch from the ONE dead-space within the swirling maelstrom of onlookers, which sadly gave a vantage point BEHIND one of the mannequins. When the crowds got to be too much, we went to the MASKS area of the permanent collection upstairs, where there is always something great to draw. 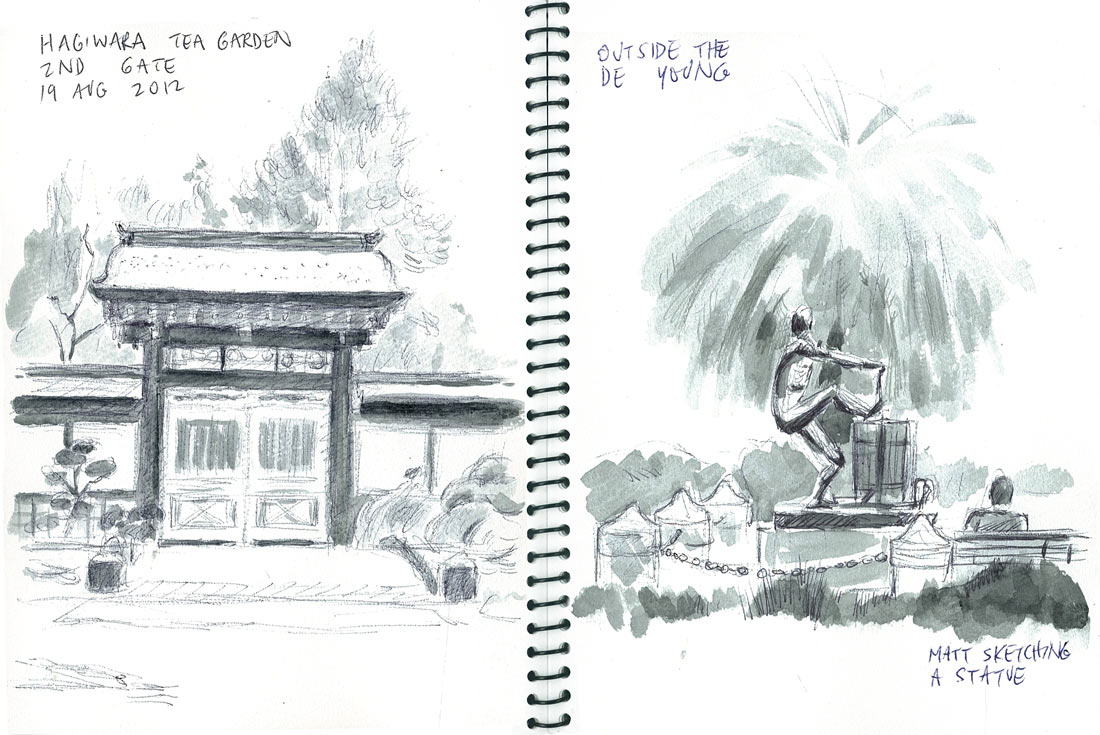 After a quick bite to eat, we did some more sketching outside the museum and called it a day. These sketches allowed me to FINALLY fill the little watercolour sketchbook I have been using for the past 10 months. Unlike all those before, I had resolved to fill this one ONLY with observational sketches (rather than doodles) and it has been a great exercise that I want to continue, though hopefully filling the NEXT one rather more quickly.